The next part of our journey through Europe takes us to the southern coast of France. All along the Côte d’Azur, through Monaco, into the Provence, the Camargue, and several iconic French cities. You probably heard of the luxurious little towns along that route, but did you know what kind of breath-taking landscape awaits you just a short drive inland? Accommodation is expensive, so doing with a camper van is the perfect way to go between city life and nature, stay for free and get the most out of your experience. 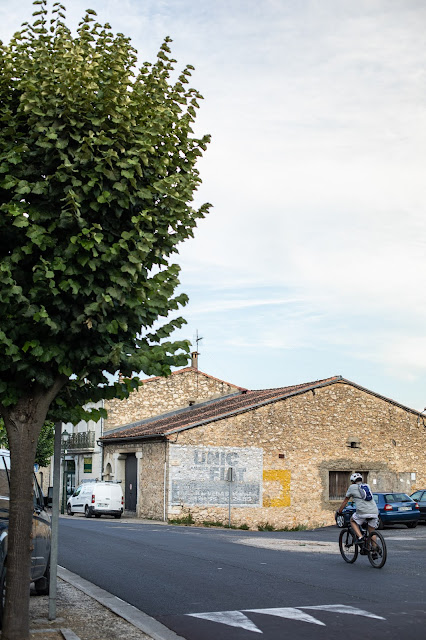 Officially, wildcamping in France is prohibited. In reality, I have rarely been somewhere where the police was so chill about it! The French even pulled out their whole camping gear in a parking area in the middle of summer without a worry, so if you make sure to follow the common rules and don`t camp very obviously, you should be completely fine. There are some amazing spots as soon as you leave the cities, but it can get pretty hard around any kind of town or village, also cause the roads are narrow and parking is often paid. 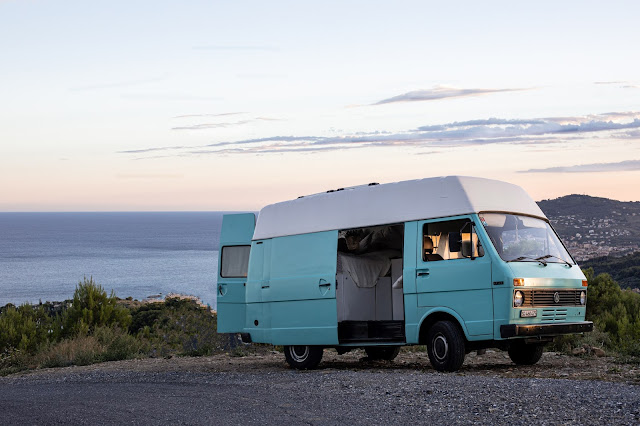 Highways are tolled in France, but usually the country roads are pretty good though. They drive a bit riskier than may in some central European countries, but in general all the rules are the same. The only weird thing is the fact that they always use the indicator in a roundabout to signal that they go in, but actually not always when they leave it. 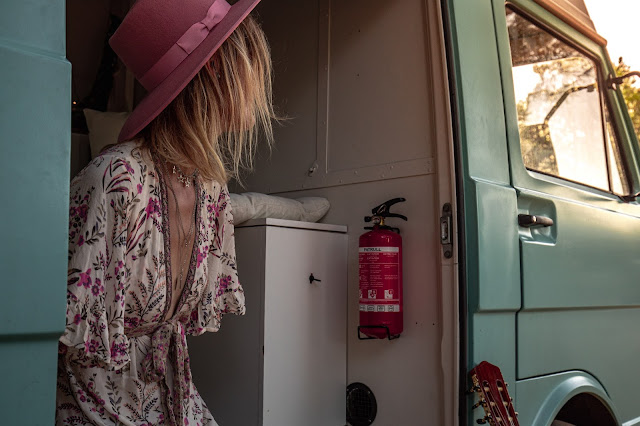 This region is very touristic, so most people you will come across speak at least a bit of English. In general though, it`s France and they always prefer their native tongue, so learning a few words of French can be very useful. Outside of these regions, barely anyone can say more than ´tomorrow´. People are very helpful though and will try their best to communicate: I was stuck in a tiny village far away from everything for a week and got cared for in the best way possible. 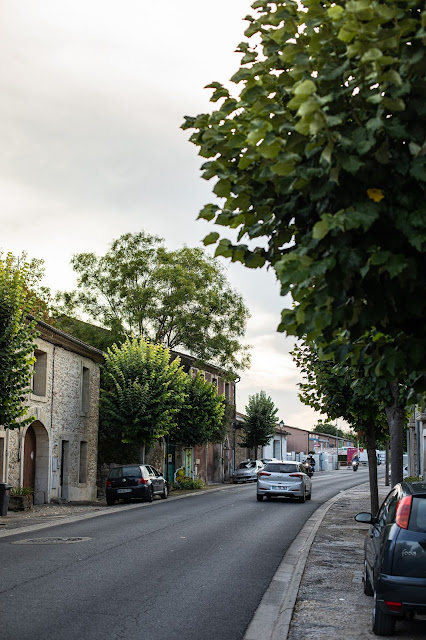 In general, France is pretty safe, but you have to be on the lookout for pickpocketing as in every other part of Europe. Some regions are pretty poor, so may do your research and consider your parking area, as break-ins are quite common. With staying outside of the cities and do day trips, you are on the safe side. Otherwise, there is nothing special for a solo female traveller than anywhere else in Europe. 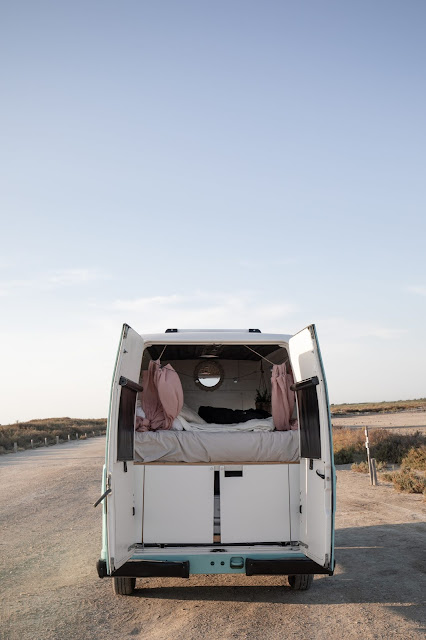 Well known for being a hotspot for the rich and the famous, the Côte d’Azur exists of multiple seaside towns that have one thing in common: their aim for luxury. Most of those places don`t have special attractions to visit, but are an experience in itself, while being quite similar to each other.

In between lies a tiny state that is extraordinary and well-known for its cheap taxes for the wealthy. Monaco only has one town, and that`s Monte Carlo. It is built on a hill and faces the Mediterranean on the other side, with a harbour that is filled with the most exclusive sailing boats you will ever see. 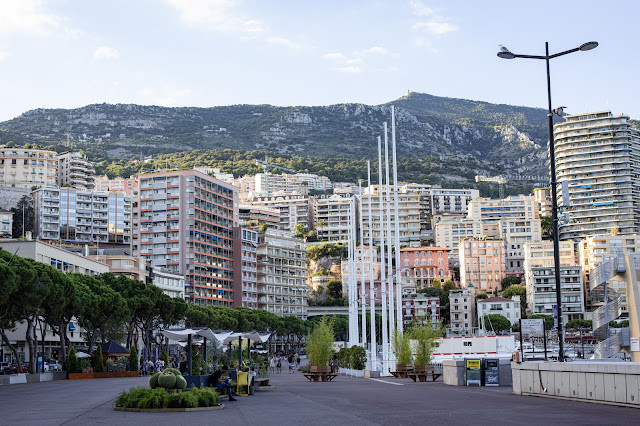 We all know the famous Formula 1 racetrack that goes through Monaco every year - it`s actually a normal road the transform every single time! You can walk around the whole country in one day, if you are into luxury shopping there are countless options for that, there is also an exotic garden close by and most official buildings got a stunning architecture, as they are owned by the royal house. Take enough money as nothing here is cheap, or just enjoy the scenery on a walk. 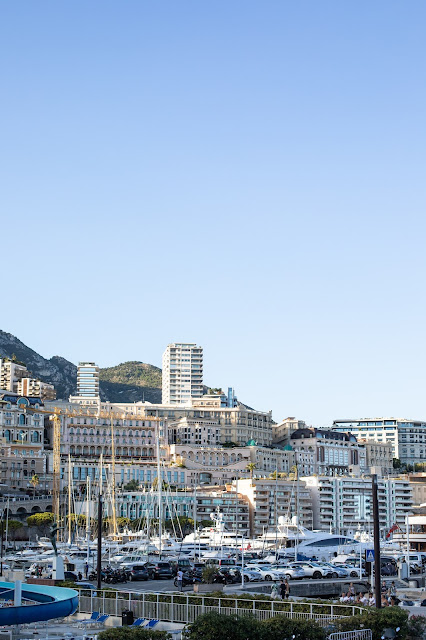 The one thing you will struggle with if you are in a van with a hightop, is the fact that it is incredibly hard to find parking. My tip is to look out for a free roadside spot on the hillside, as that will be your best bet. For the night, stay in one of the villages behind Monaco as it is safer, cheaper and you`ll have a beautiful view over this one-of-a-kind place.

One of the more traditional villages along the coast is Villefranche-sur-Mer. With just 5000 inhabitants and a history that goes back over 1000 years, it is definitely worth a stop before entering the shiny world that is ruled by money.

Only accessible from the seaside, there is an old military road that is more a tunnel than a street. Houses were built on top and it is nearly completely underground - a one of a kind experience and something you won`t find anywhere else!

Nice is known as a summer holiday destination, offering a long sandy beach, a harbour, countless shops, a charming old town and a world-famous promenade. During summer, it`s completely overrun by tourists, so if you`re seeking a relaxed atmosphere this may not be the right place for you. Off season is a lot calmer, and the weather is still warm so may target fall or spring!

Grasse is best known for its role in `The perfume` and is famous for everything regarding smells and perfumes. It`s also the reason why there are many flower gardens you can visit, as they were founded for the local perfume shops to harvest. Tours through the factories are free, so make sure to get on one if you have the chance!

The absolute mecca for everyone who got some kind of fame is Cannes and the nearby St. Tropez. Well-known for the film festival and Leos yacht, you can spend your day strolling along the Mediterranean, sip cocktails or a coffee at one of the (very expensive) French cafes or go celebrity spotting. Again, all those villages are not made for big vans or RVs, so if you`re in one, park outside of the cities and take a train in. It's also forbidden to stay overnight nearly everywhere, so do it at your own risk. On the plus side, all these fancy beaches have free showers and toilets you can use!

If you want to escape the bustling world of these coast towns, a tour on the water may be exactly what you need. There are many companies that offer tours along the Côte d’Azur; SeaYouSun is one of them and they take you on the water with small speed boats. The groups are a decent size and drinks are included, sadly offered in plastic cups though so make sure to take your own! They will take you to a little cove where you can go swimming and snorkelling, which is really cool and a place you couldn`t reach without a boat. The tours are primarily in French, so if you don`t speak it, make sure to let them know! 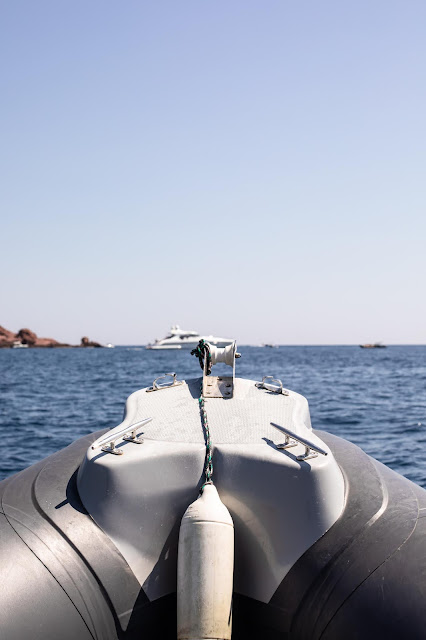 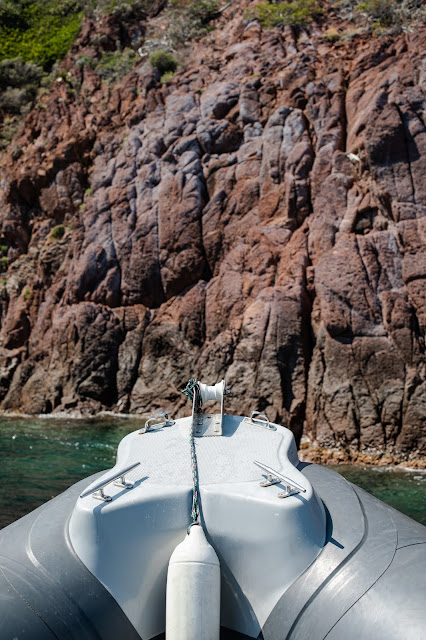 One of the most beautiful regions in all of France, and the perfect place to wildcamp, is the Provence. Incredible landscape, gorgeous little stone houses, lavender fields and several highlights along the way will make you fall in love with this place sooner than you know. 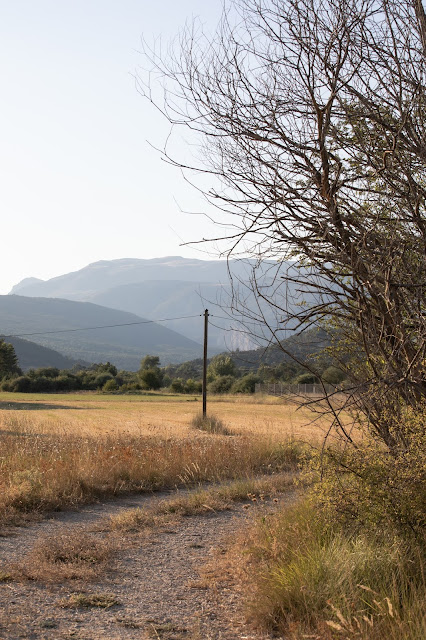 In the middle of the Provence, there is a huge, very famous canyon called Verdon. During summer, thousands of tourists come here to kayak and hike, while in off-season it is less crowded but just as beautiful! There are a few little villages around to explore, but there is nothing but nature surrounding them which makes it perfect to connect with it for a few nights. If you wanna go on a tour or actually on a boat on the river in the canyon, make sure to book in advance as they get full soon! 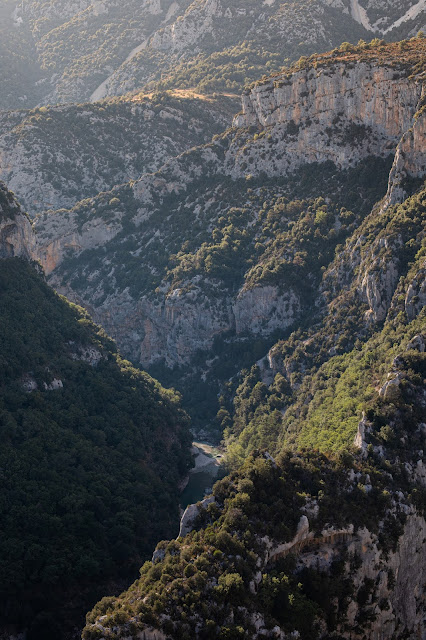 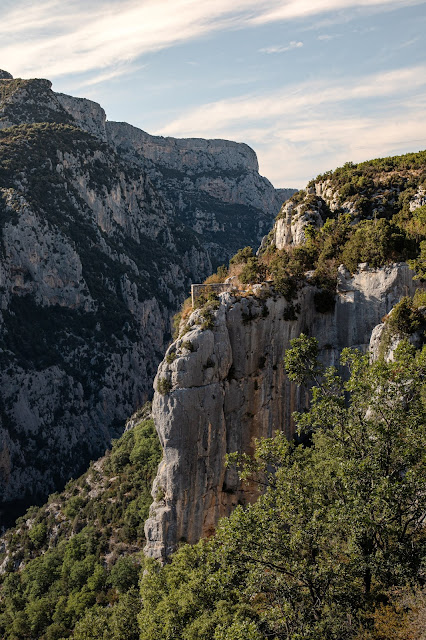 Like the name already says, Aix en Provence is a city in the Provence. It’s famous for the nearby lavender fields, the wine regions that surround it and has a cute city centre that is perfect for strolls in the afternoon. As most French cities, criminality sadly is pretty high, so check the spots where you park beforehand. It may be worth it to park a bit outside and take public transport in, as they run frequently.

Nowadays a memorial, this place used to be a factory that got turned into a concentration camp for artists. Especially German authors, musicians and painters who fled to France during WWII, got imprisoned here. Naturally, you can still find some artwork that got left behind on the walls until this day. After 1942, they built ammunition and when the war was over, it got its old purpose back - producing bricks. Today, there is a museum and the camp can be visited by the public.

If you’ve been following me for a while, you may know that wine tours are one of my favourite ways to explore a region and meet people as a solo traveller. Provence Wine Tours pick you up in town and get you to two regions close by, where you get the chance to try local wines that you won’t find anywhere else. I love the fact that the groups are held small, they also are very Covid-aware and your guide speaks English, so no need to get your rusted French out. 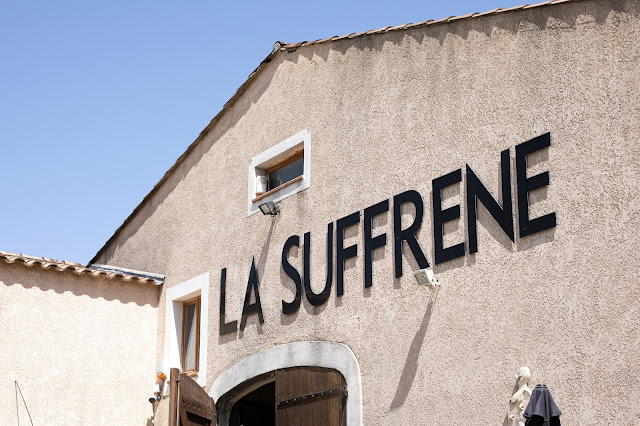 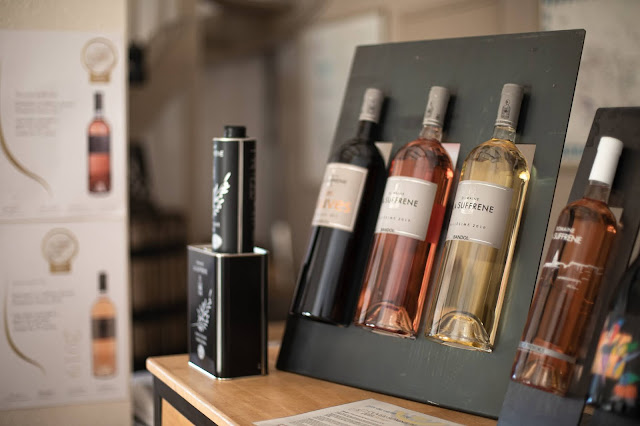 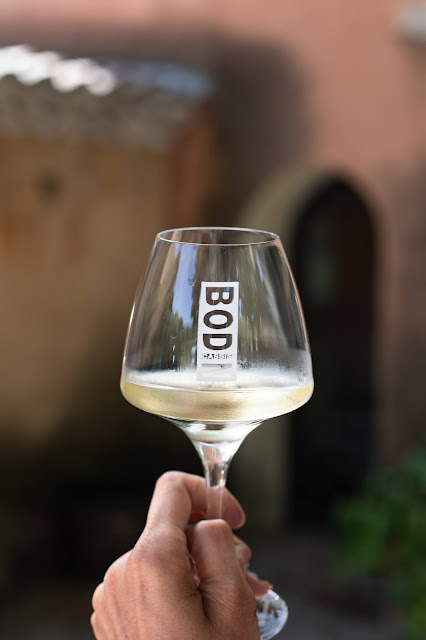 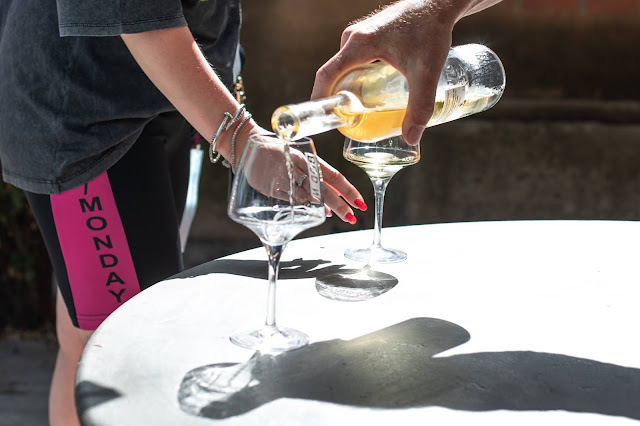 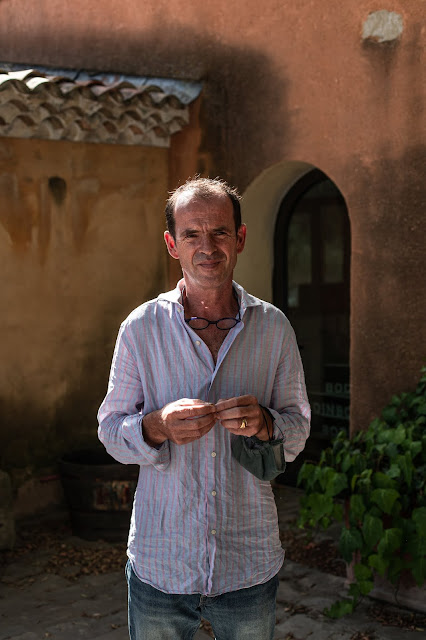 If you come by in the right season, you can visit one of the incredible Lavender fields in the region. To make sure the one you’re heading to is actually still there, make sure to check reviews online as some get taken down earlier than others. The most famous one can cost entry, so be aware of that!

The Camargue has actually been a childhood dream of mine. Mainly because of the horses, but also the gorgeous landscape with its little paths through the water with flamingos everywhere. It didn’t disappoint and I would definitely call it one of my personal highlights. There is also the possibility to park overnight directly in the lagoons and wake up to all kinds of animals right in front of your bedroom. 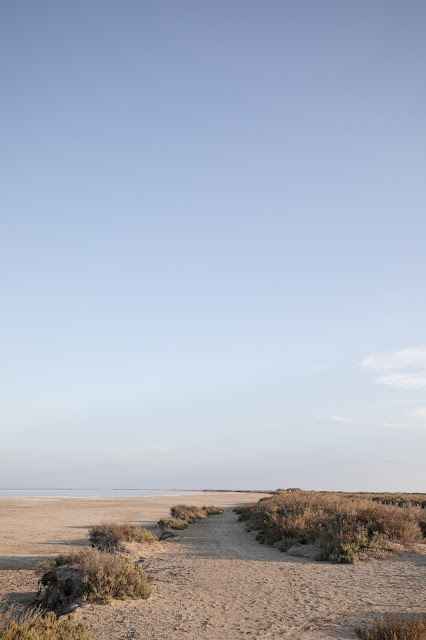 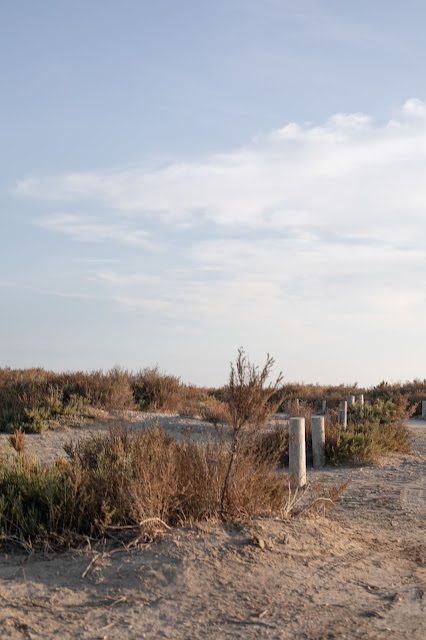 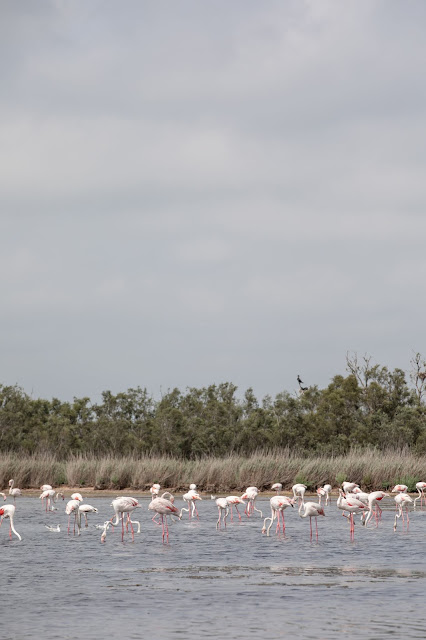 These pink salt lakes got their fame due to Instagram, but you can also buy the regions well-known Fleur de Sel here. The entrance fee is quite high, so it’s on you if you’re willing to pay 20 Euros - there are other pink salt lakes that you can visit for free if you’re on a longer trip.

One of the most impressive monuments in southern France and visited by over a million people each year, making it France's 5th most popular tourist attraction. The Pont du Gard is an ancient roman viaduct and a UNESCO World Heritage site. It has been the subject of countless paintings and books; it also got a few add-ons in the late 19th century for visitors to access it easier.

In the middle of the swamp, there is a lonely tower that once belonged to a bigger fortress. A road goes around it, so you can either just pass it by, or stop to take a look!

A city that caught me by surprise! I never expected it to be this beautiful, but Montpellier is the place to stay for a bit longer if you got the time. Beautiful buildings, little cafes, and shops around every corner with loads of vegan options. 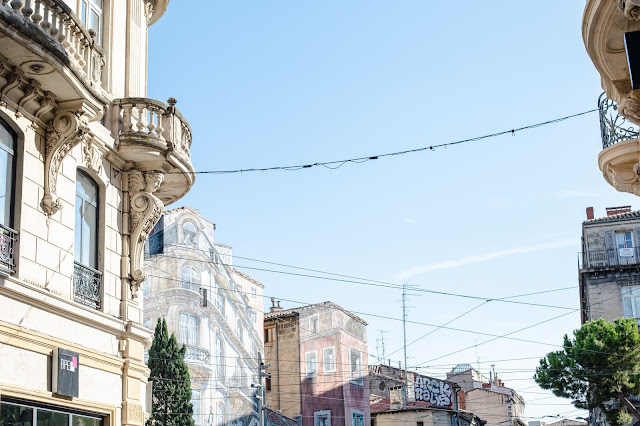 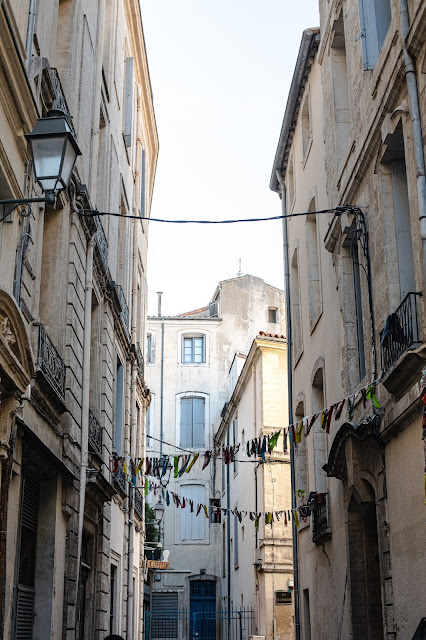 An anatomy museum that greets you with a skinned man holding a shovel. The pieces used to be tools for surgeons in training. These days, there are over 5000 exhibited preserved human remains. If you want to visit, make sure to book ahead as tours can be sold out months in advance.

Run by two passionate owners, this cafe is an absolute must if you’re in town. They offer several dishes, also the only place where you can get the Beyond burger. And the cheese they use is to die for. Everything is made with so much love and it is situated in a stunning location in a small alley with the possibility to sit outside if the weather allows it. 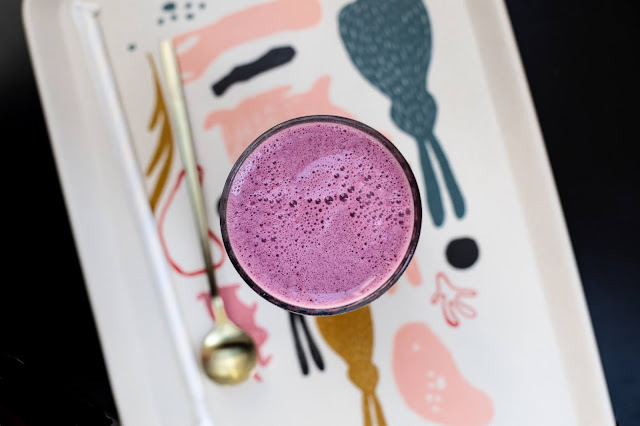 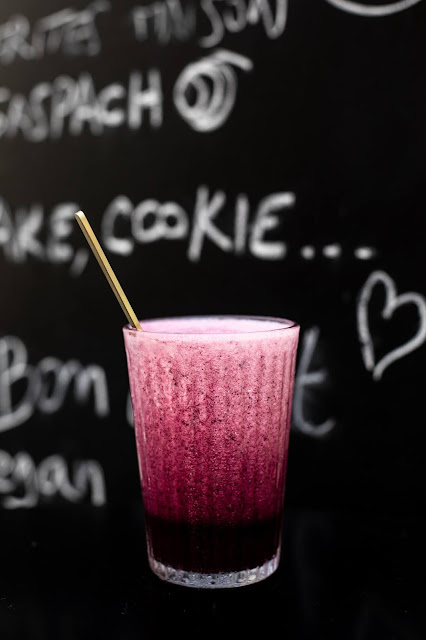 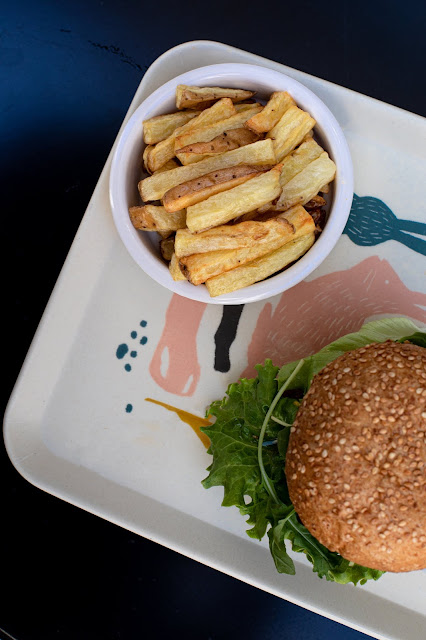 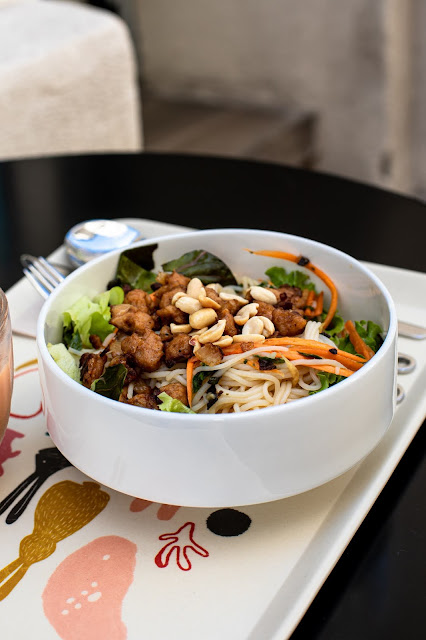 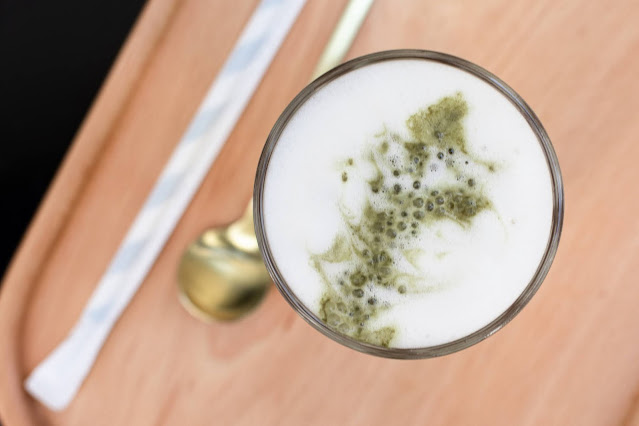 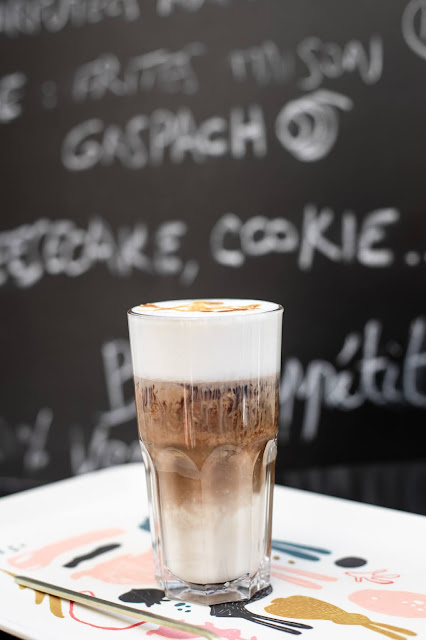 I hope you enjoyed this little guide, if you got any questions please drop them in the comments!