Goa. The smallest Indian state, but also the one that attracts more tourists and travellers than any other. Everyone has heard of it; some have been and many don`t even know exactly what or where it is. Famous for its parties, for the hippie columns that moved here via the legendary hippie trail from Europe, for the psychedelics and for its spiritual yoga culture, this place has a lot more to offer than just that. So let`s take a closer look on an area that has been talked about a lot, but still is so hard to grasp. 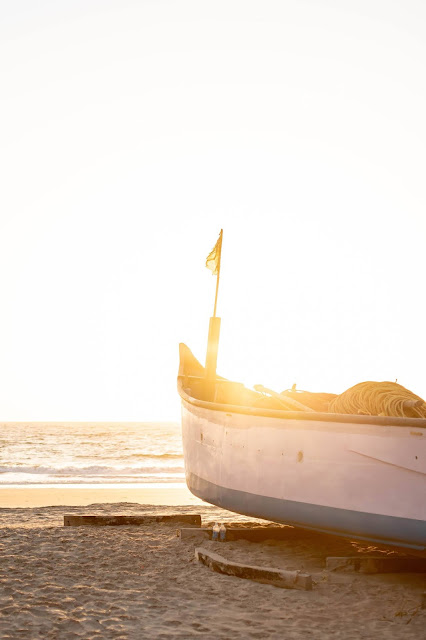 As I already said above, Goa is one of 28 states that belong to India. It is the smallest one and has 1.5 million inhabitants. It’s located in the middle of the western coast and borders on two other states called Maharashtra and Karnataka. The reason why it’s so well known in the west, is the fact that the Portuguese had a huge influence on culture, religion and cuisine.

The temperature in Goa is always warm or hot, ranging between 20 to 33 degrees. Monsoon time starts in June and lasts until September, while the main season falls into the winter months which makes it attractive to European travellers as a holiday destination. Most locals speak English, thanks to India being a British colony for a very long time and the intensity of tourism.

Goa has been known in the western world for a very long time, there are records of Greece knowing about it as early as the year 200. In 1510, Goa officially fell into Portuguese hands and has been a colony until 1910. Both the Dutch and the British tried to take it over, which let the small state suffer and it even has been held captive by England for a few years, which explains the influence. With India getting its independence in 1947, Portugal tried to keep Goa under its reign, until it finally was able to join India in 1974 after countless attempts for freedom. In 1987, it got recognized as an Indian state and has been since then.

Due to this troubled past, culture is very diverse: you can find Portuguese, British and traditional Goan culture wherever you go. The fact that it only joined India so late is the reason why up to this date it feels so different. The coastline is filled with stunning beaches that attracted the hippies, but also Indians from all over the country come here during the holidays.

The infamous scene in Goa is filled with young people looking for spiritual enlightenment, the trip of their lives, mainly Russian families, older hippies or young girls who got stuck and never left, or saw anything else of India than Goa. You either like it or not, personally, it’s not my scene but it’s an experience in itself.
The north is very different from the south, and while most of the parties are held up in the north, the south is much more yoga and spiritual orientated. If you go, I would highly suggest to visit both to get a bigger picture. 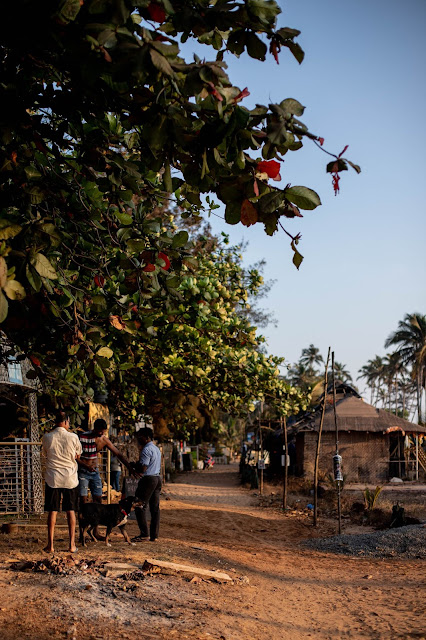 Goa has an international airport in Vasco di Gama, two highways, countless smaller roads and a public transport system that connects the whole state. While the trains mainly allow people to go between different states and are mainly used for long distances, buses go everywhere and reach tourist hotspots like Arambol. Many use taxis or private transfer offered by hotels; while TukTuks are the main way of transportation in the south, the north doesn’t have any but many drive a scooter, which you can rent everywhere. Make sure to plan enough time and ask locals about the bus station, as many are unmarked and do not have a timetable. Buses and trains are really cheap and a dollar can get you across the state or beyond. It’s safe for women and solo travellers, but make sure to travel during daytime, keep your valuables close like everywhere and if you feel insecure, take one of the women-only seats that are available in nearly every bus. 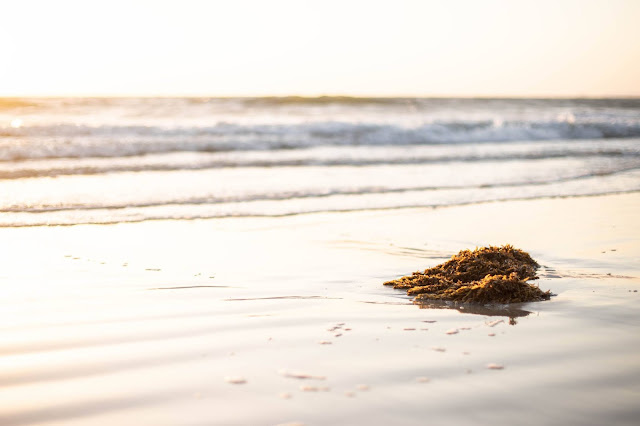 Arambol is the place where all the parties are happening during winter, where the spiritual offers are around every corner and where you will find the typical Goan tourist. It’s a weird and wonderful place, where western tourists for once don’t care about the dirt and cute little cafes are around every corner. While the beach seams rather empty during daytimes, when the sun sets it suddenly fills up very fast and merchants selling all kind of things find their place at the upper part of the beach. You can go here for Yoga, rituals, or parties - or something you might not expect: Surfing! 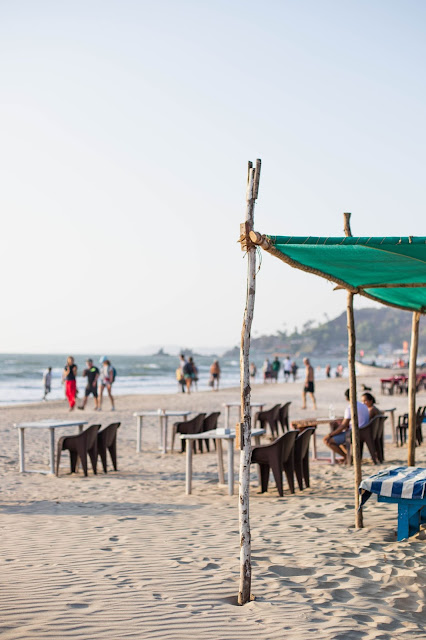 Where to stay and what to do

A bit further down, close to some big party locations, you will find Surf Wala, Goas only surf school. While the waves are nearly non-existent during the day, in the morning they reach a perfect surfing level. The school is run by an Australian expat who developed his own techniques that will make beginners get on the board very fast and even better surfers can learn something. They also got all kind of boards available for renting if you just want to explore the sea on your own, but if you want to stay, they also offer bungalows where you can spend your days. 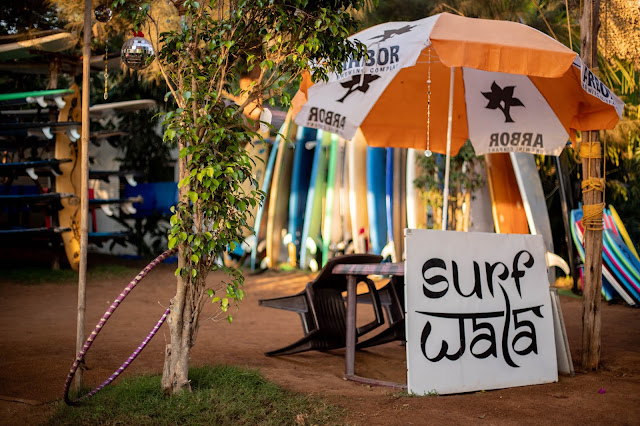 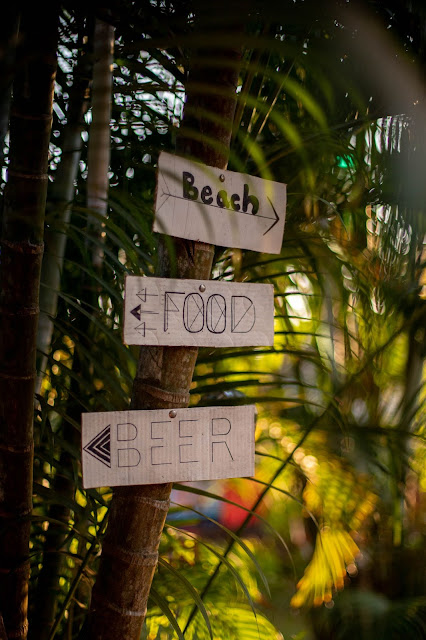 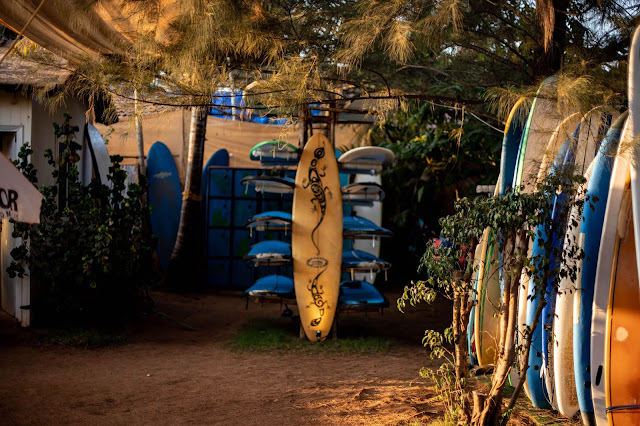 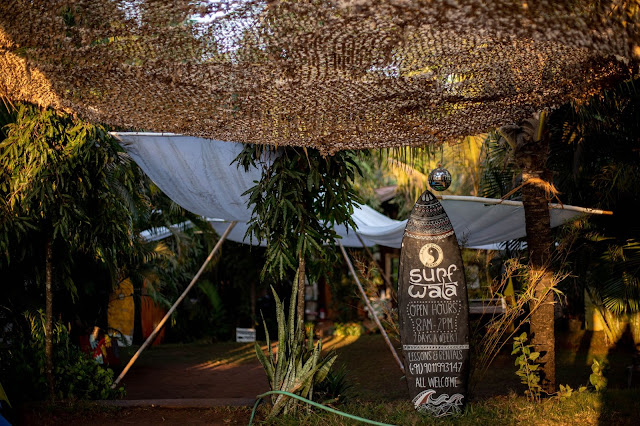 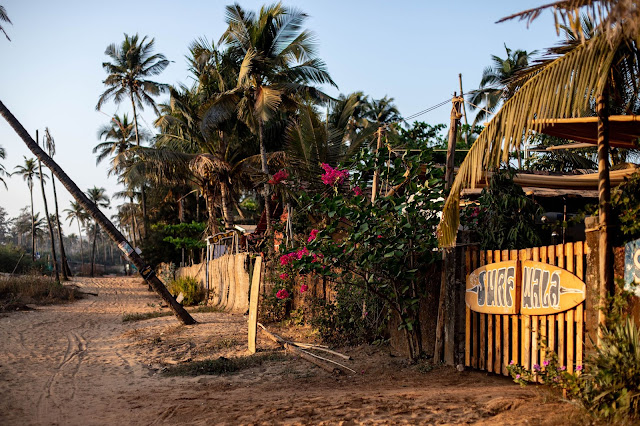 As Arambol attracts all kind of travellers, there are also several options that offer great vegan food. Some are just stalls, others are cafes with WiFi or full restaurants.

In the middle of Arambol, on the second floor of a corner house, there is this little oasis called Bodhi Greens. They also have two other restaurants in the north of India. Their Goa location is open during the season and offers a huge variety of fresh, vegan dishes. Most items are locally sourced and the owner is happy to answer your questions. Be a bit careful with the spicy dishes, it is still India, which means that even slightly spice can be too much if you’re sensitive. If you’ve been looking for some vegan masala chai, they got an amazing one that you just have to try! Their WiFi is stable most of the time; be aware that they only take cash and the next ATM is quite far away so bring enough Rupees
. 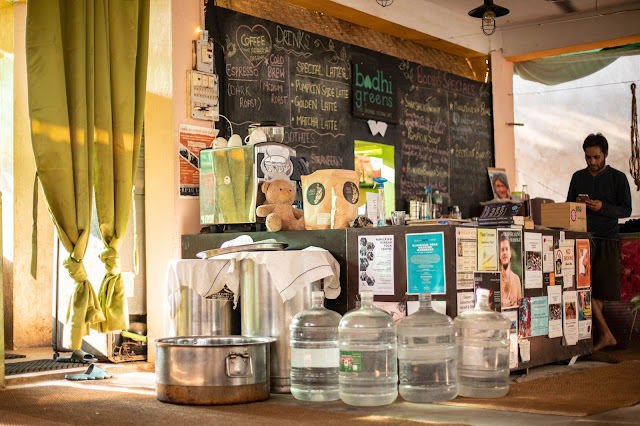 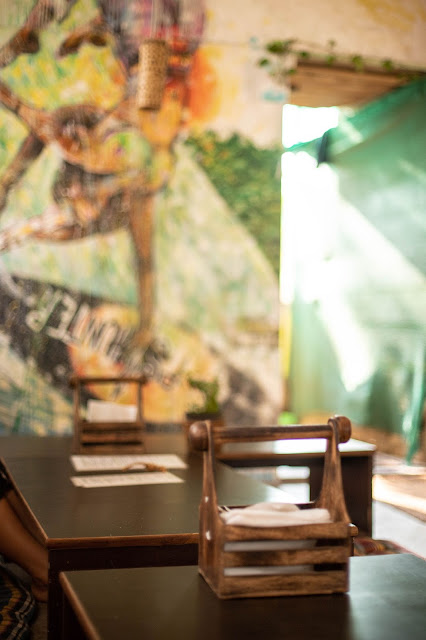 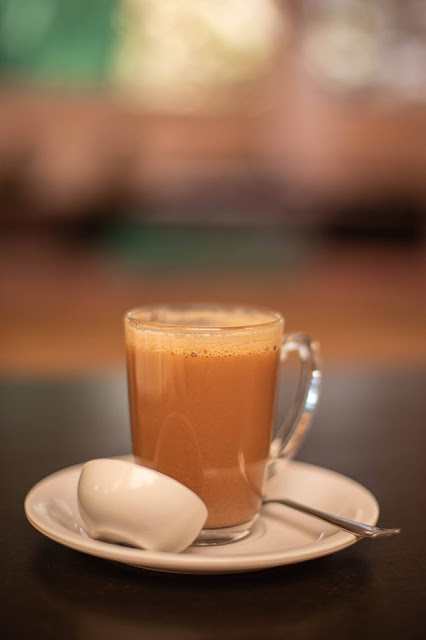 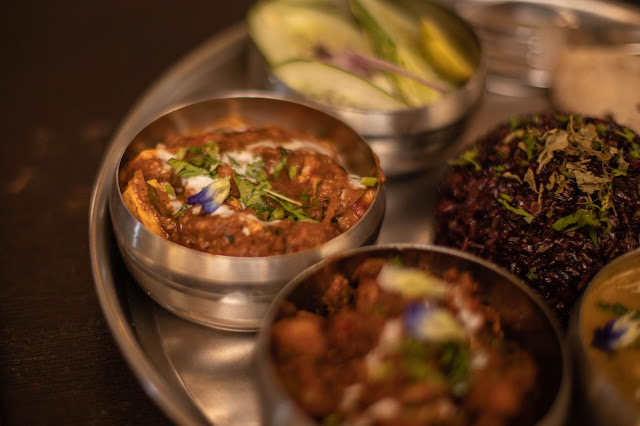 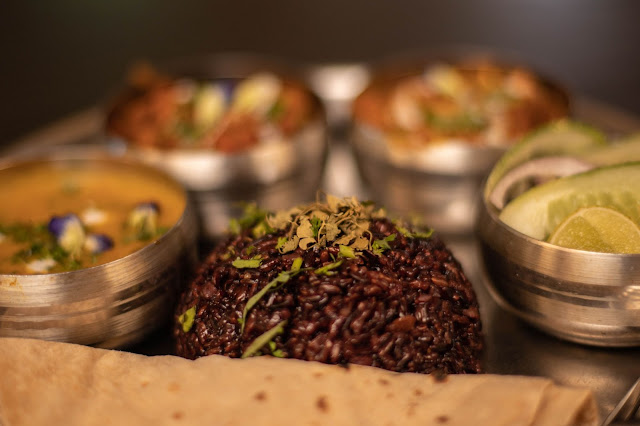 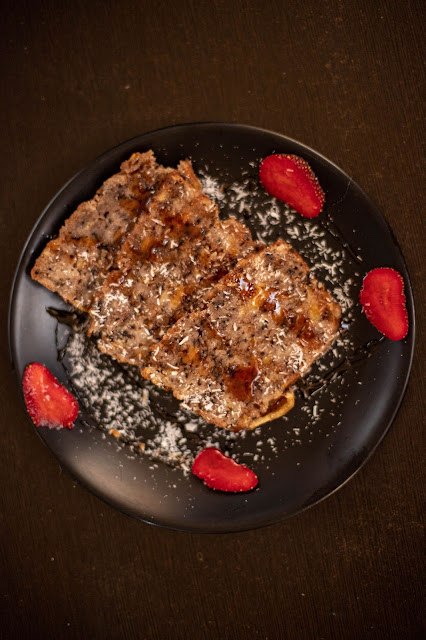 Next to several yoga places, Mayas offers fresh ingredients that are bought on the market on the day. Their breakfast is out of this world, it also comes with coconut milk! The staff knows vegan and the whole place has this typical Indian / Goa feeling with its comfy seating and outdoor seating area. An absolute must, the portions are also quite big and will fill you up for a small price. 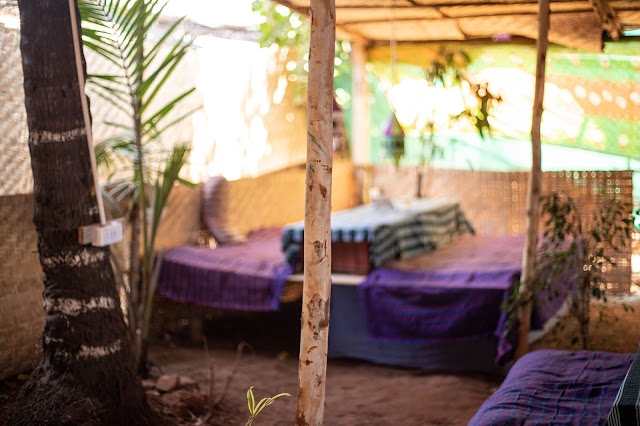 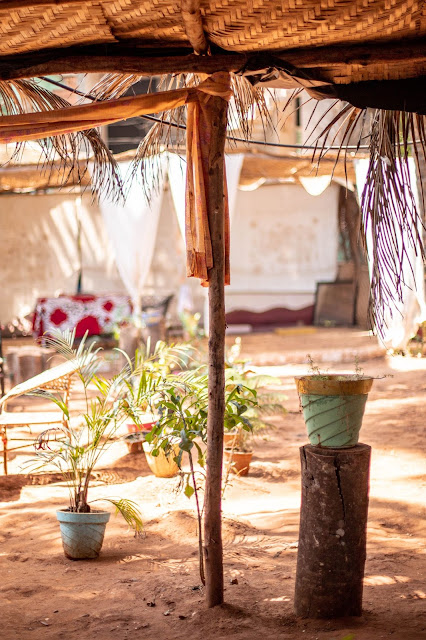 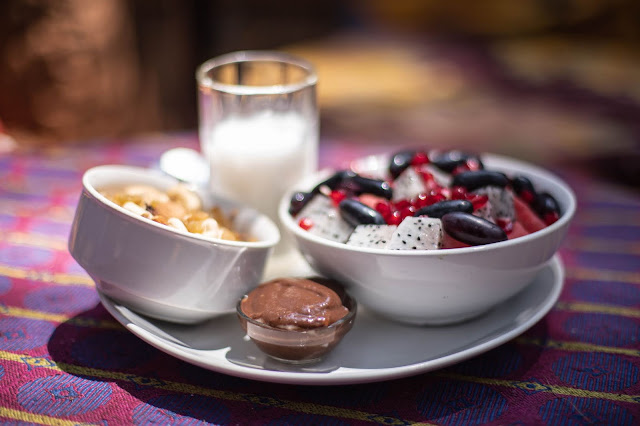 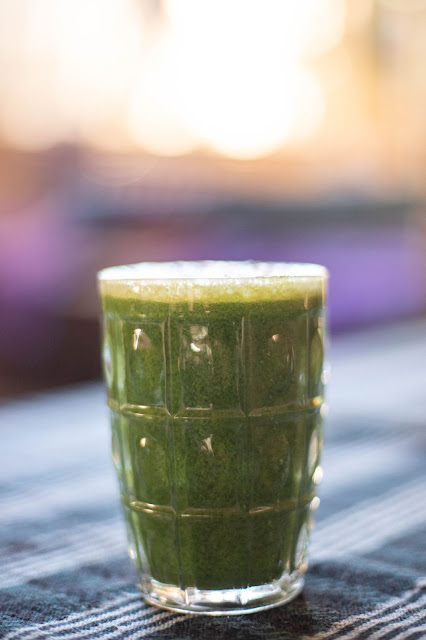 This small street restaurant lies on the main road into Arambol and offers several vegan specialties, like delicious wraps or samosas. You can either sit right in front of the stall, or in the seating area inside. Definitely try the juices, they are incredibly delicious and I promise they won’t be bad for your stomach like so many others in India! 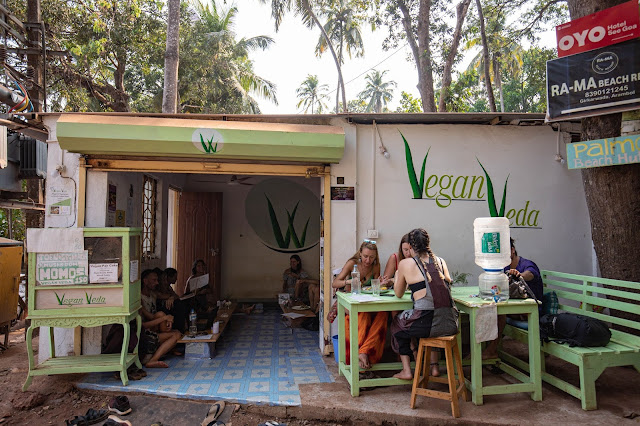 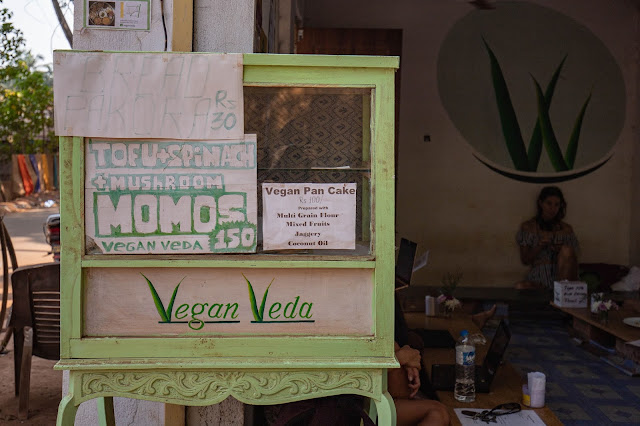 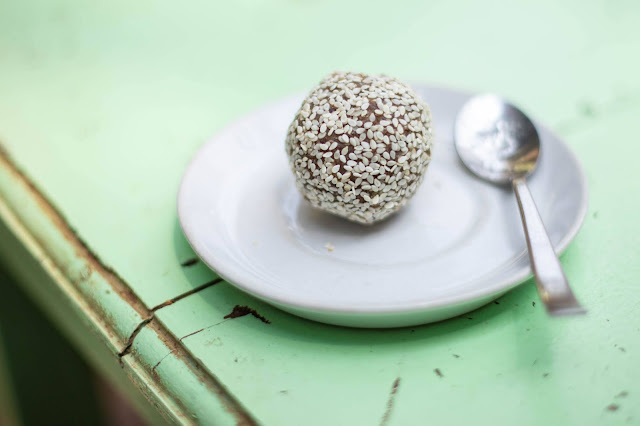 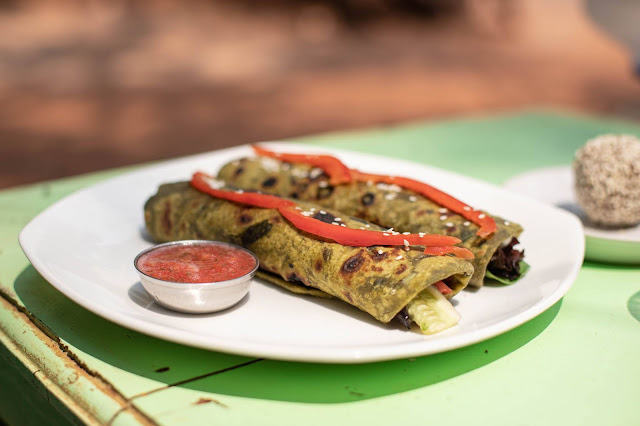 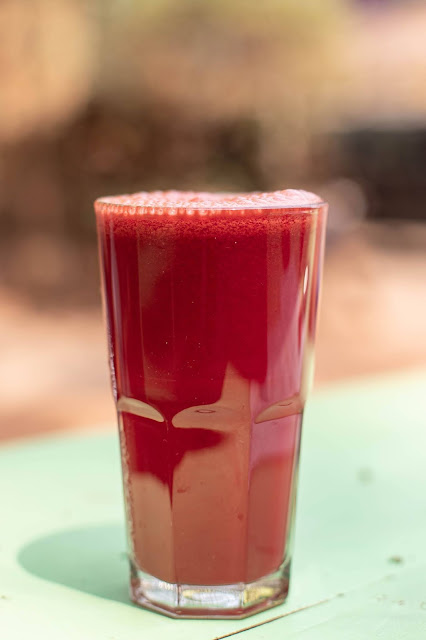 There are many yoga and meditation retreats, but in comparison to Sri Lanka, there are more single classes instead of whole retreats available. Especially in the south of Goa though, you will find several institutions that focus on Ayurveda and overall health. If you’re interested in what Ayurveda is, how you can experience it and what options there are, going on a retreat is definitely a great way to learn and do something good for your body. 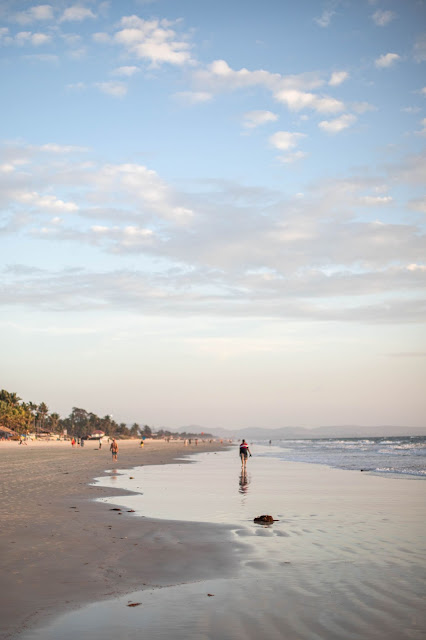 One of those places is the Beachhouse Goa, right at the beach of south Goa. You can reach it from Arambol via bus and TukTuk or take a driver either from the train station or the airport. The main train station is actually very close, so it’s the perfect location to start exploring India after coming down to relax.
They offer several treatments that get adjusted to your needs, wishes and preferences, they got an Ayurvedic doctor, incredible massages, fresh food that may seems to be a bit dull after trying all the spicy Indian dishes, juices once a day, Yoga classes twice a day and several other treatments that belong into the Ayurveda range. Especially the guided meditations are incredible, and the teachers really know what they are doing. They are situated right at the beach and have a small swimming pool for your own use. You can choose from a wide range of massages every day, and especially the sports massage is really great. The yoga classes really differ from teacher to teacher and some are way better than others, but you are also free to use the mats and the shala that overlooks the ocean whenever you want to. 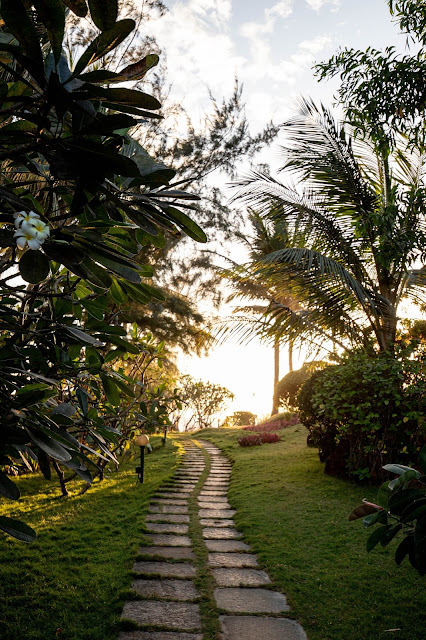 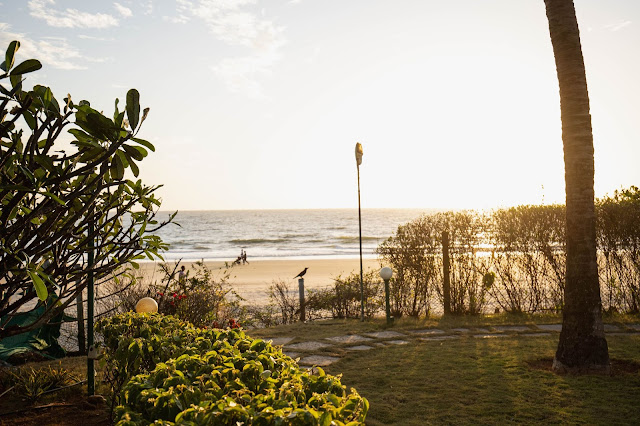 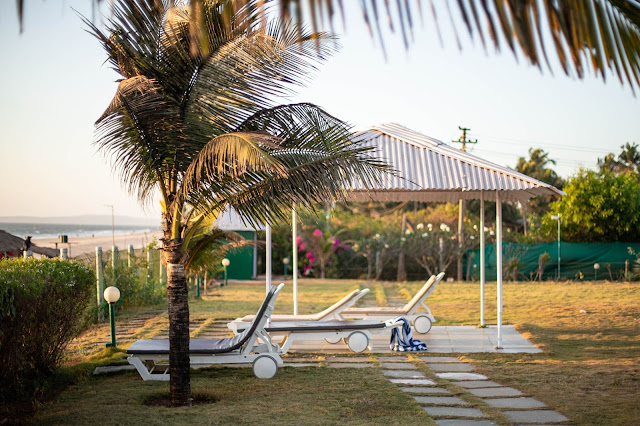 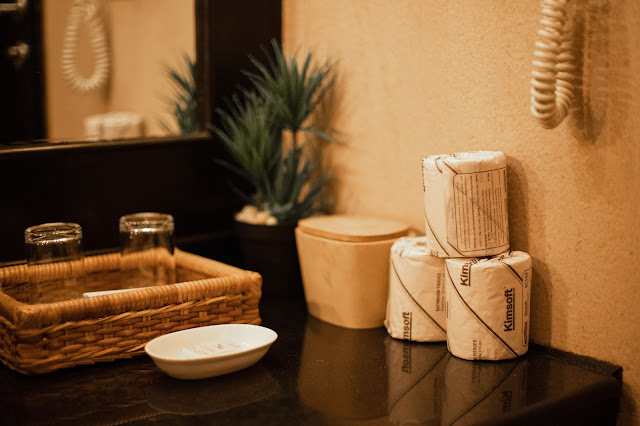 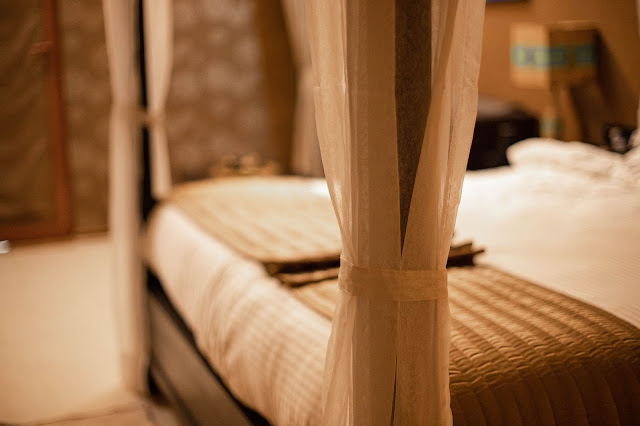 My complete India guide will follow as soon as I am able to return to this incredibly country. There are so many beautiful places I wanna show you, but it just wouldn’t be fair to do an incomplete guide. As I was flown out of Delhi due to Covid-19, I was only able to cover around 1/4th of my itinerary in the hope that I can continue where I left of rather sooner than later.
Watch this space, and in the meantime, Europe calls!