Some of you may already know that I am working as a concert photographer and I wanted to show you a bit of my work here on Feathers & Goldbears. If you want to see more posts like this and are interested in actual concert reviews, please tell me in the comments!
Ice Nine Kills

I had the pleasure to shoot Ice Nine Kills during their gig in Zurich at the Komplex Club, which is an extremely small venue in the cellar of an actual concert hall. It was a bit surprising that they didn't move the show upstairs, but the fact that this place was so tiny, made the concert really intimate and you could walk to the front without difficulties at any time. Due to that the fog machine went a bit crazy, the whole place was foggy af after a few minutes, so that you could barely see the artists but that didn't change anything about the fact that the concert itself was really freaking great.
If you know the band, they are playing metal core, have been around for a few years and are originally from Boston. Their latest record is inspired by horror movies, so every song is dedicated
to a movie. And they actually dressed to fit the theme of the film they were singing about which was really cool, using probs and putting on masks, balloons and clothes. It's definitely something different than what songs in this genre are normally about and that's what makes it such a great album: very well composed and live as brilliant as on the record. Hopefully not the last time that I`ve seen them live and had them in front of my lens! 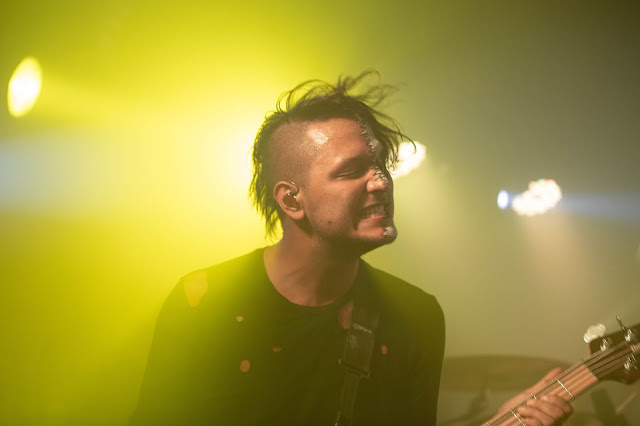 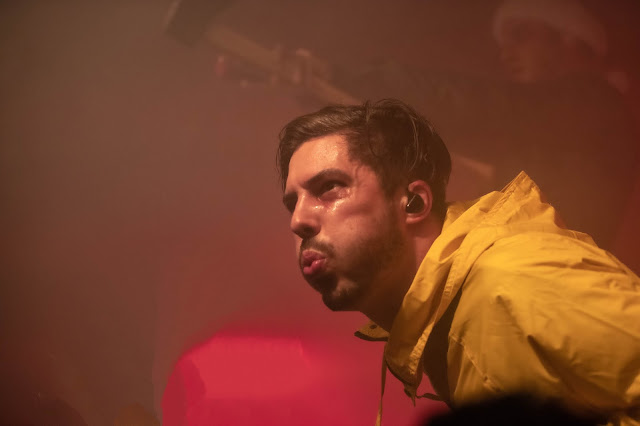 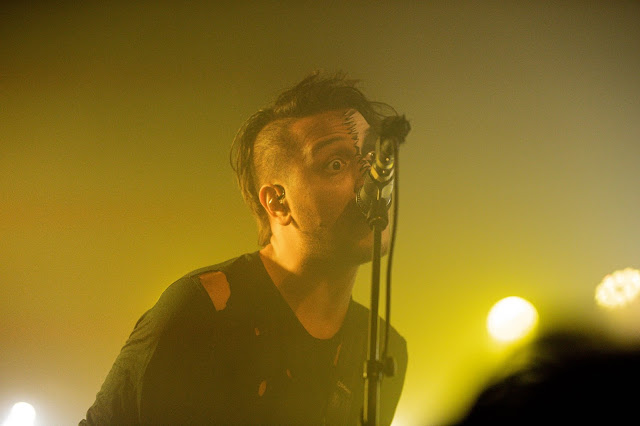 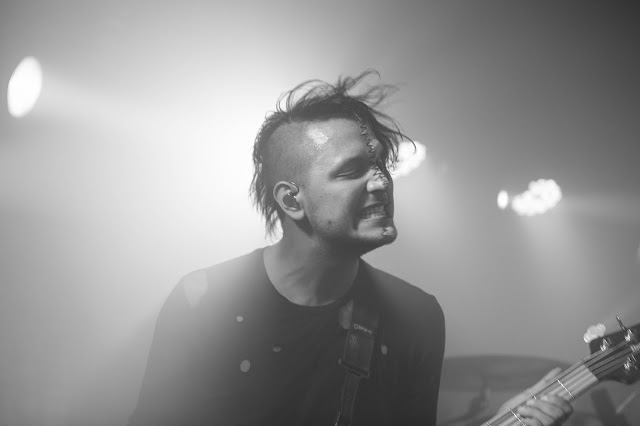 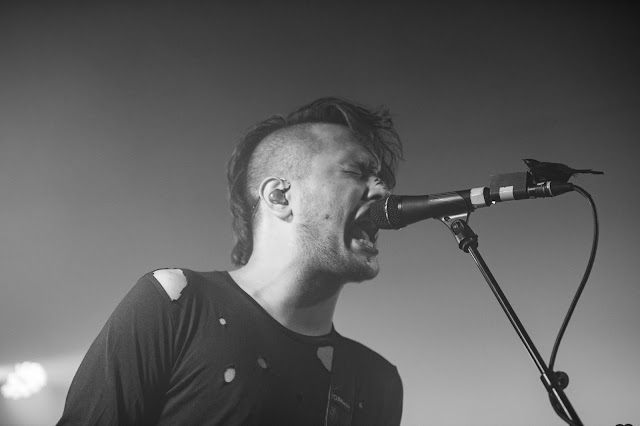 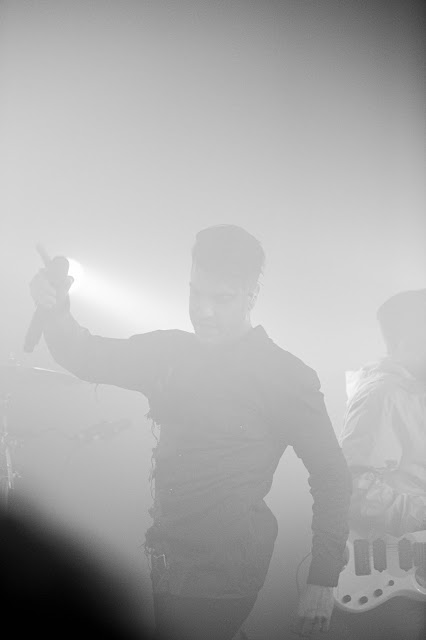 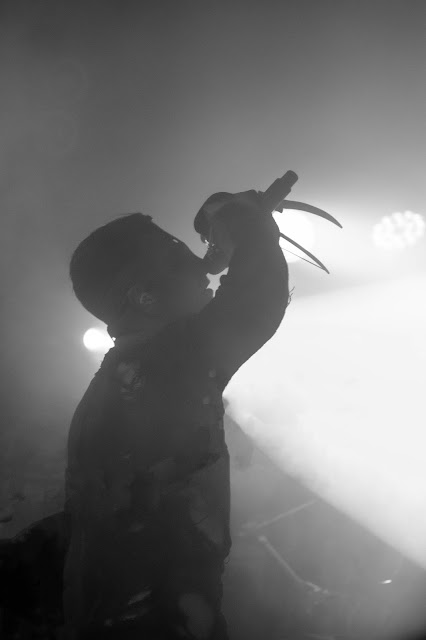 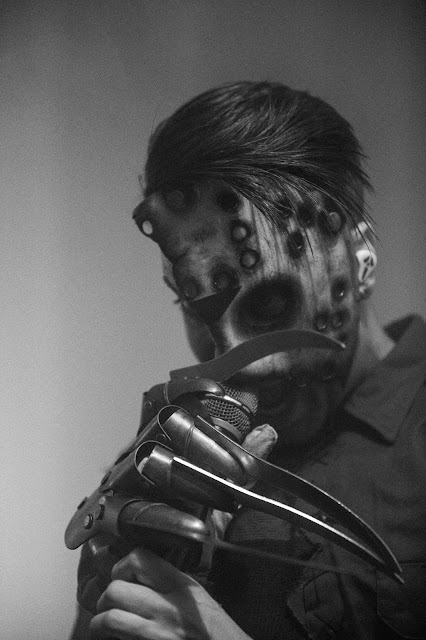 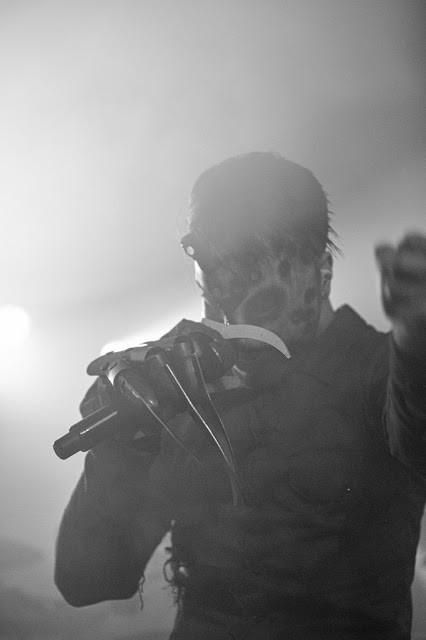 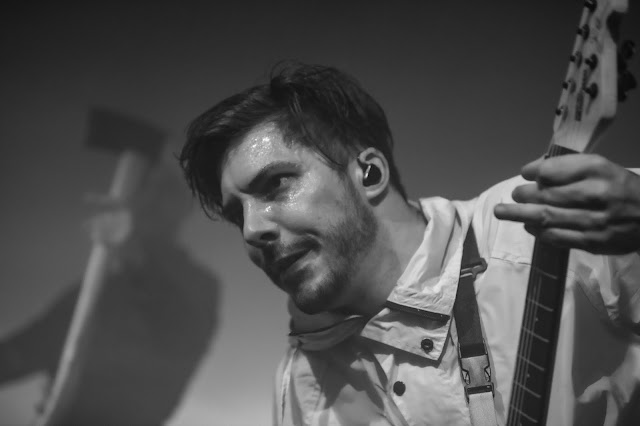 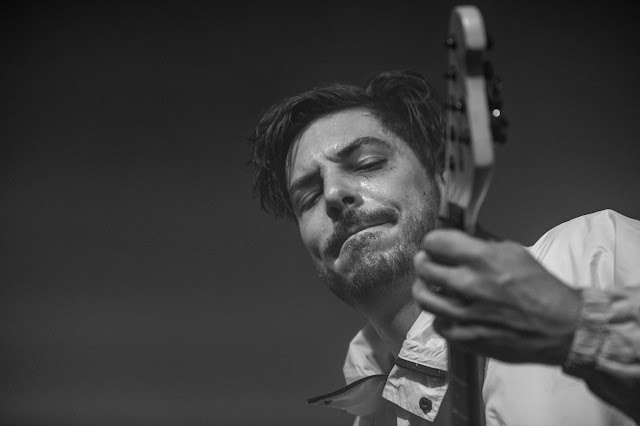 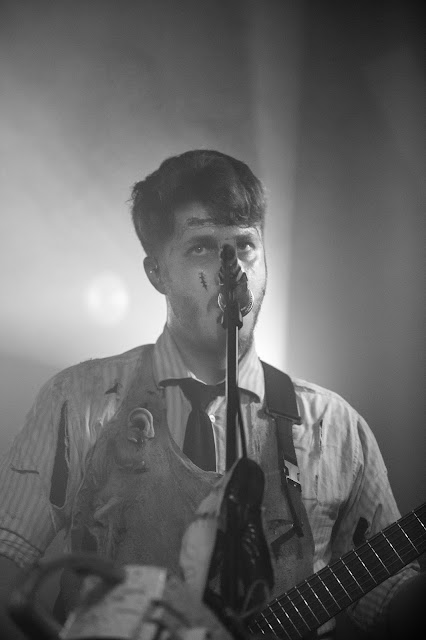 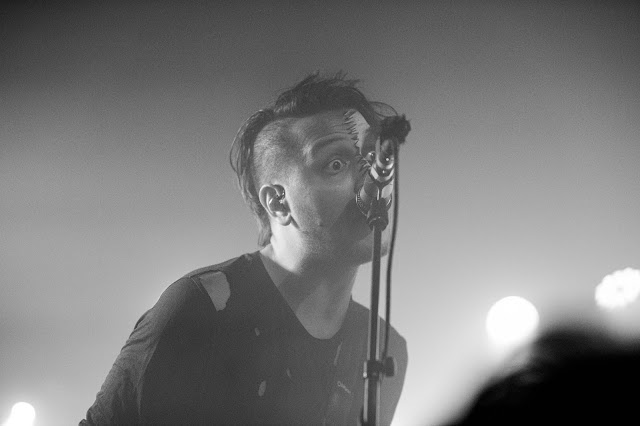 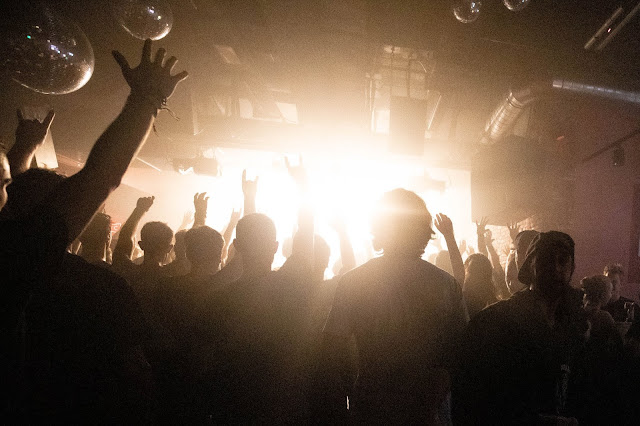 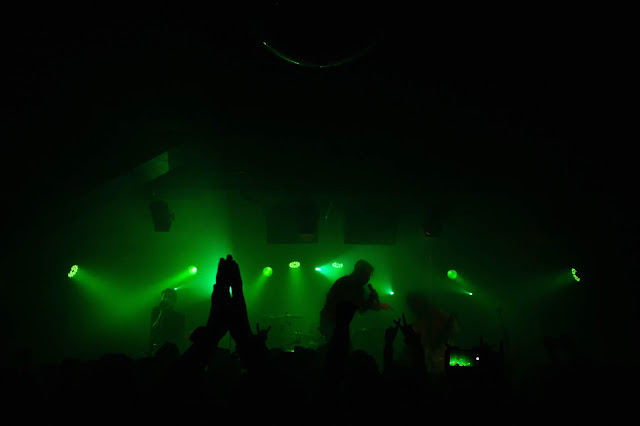 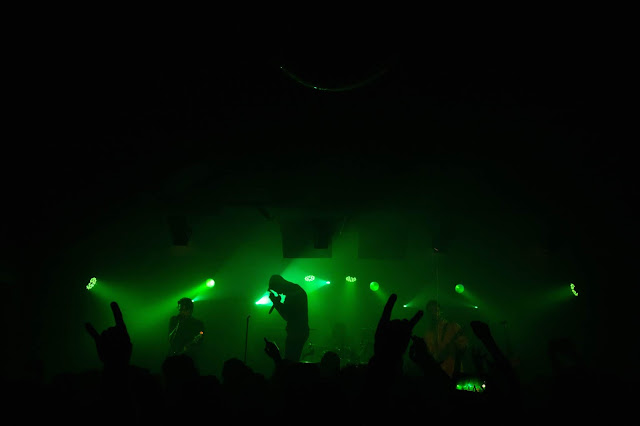 This small swiss alternative rock / post hardcore band really heated up the crowd before Ice Nine Kills entered the stage and deserves to be mentioned here. I really like when big bands support local artists and invite them to be their support act. And they fit perfectly to the sound of the main band. It's always worth to check out the supporting acts as every big one started off small! 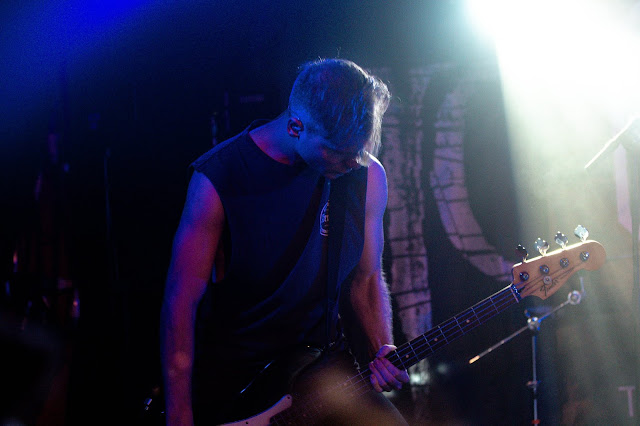 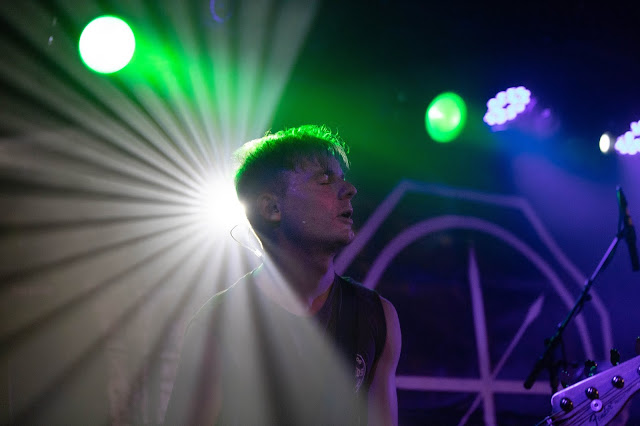 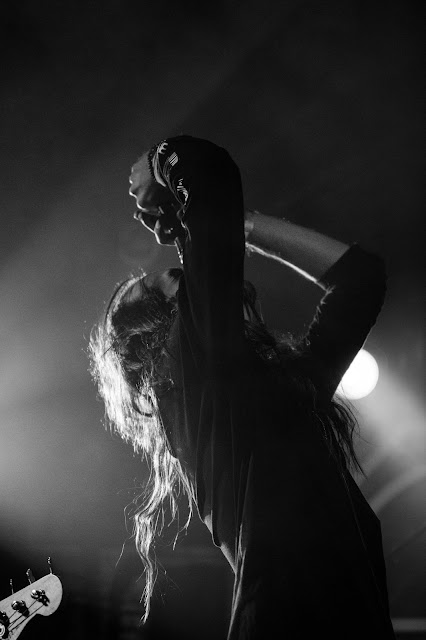 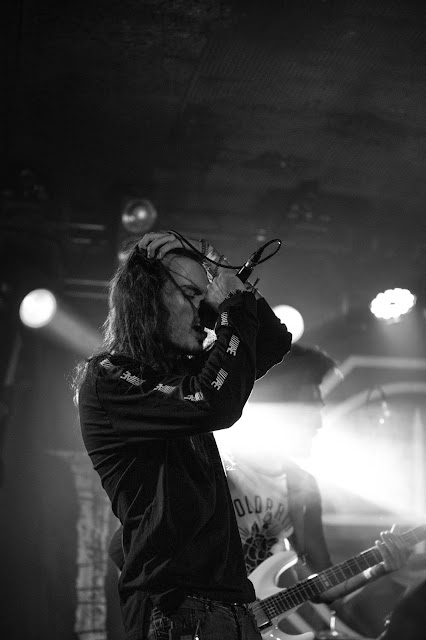 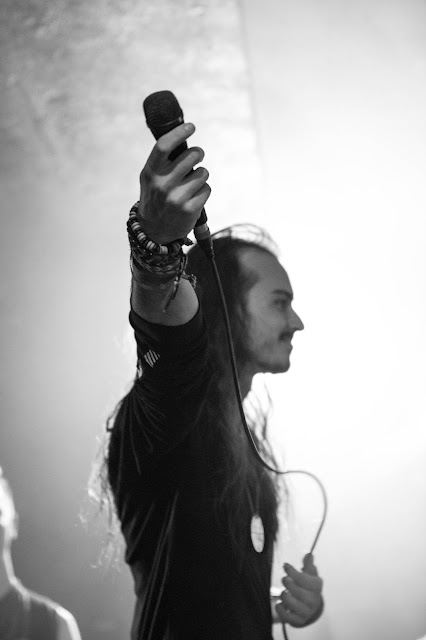