Festivalsummer 2019: How to go green on a festival - Summer Breeze Edition

I talked about good examples regarding sustainability and environment consciousness, and others that need some improvement. But what about the last festival of the season, Summer Breeze? Ok, I got one honorable mention left after this edition, but today we will talk about how great south Germanys metal festival scores! 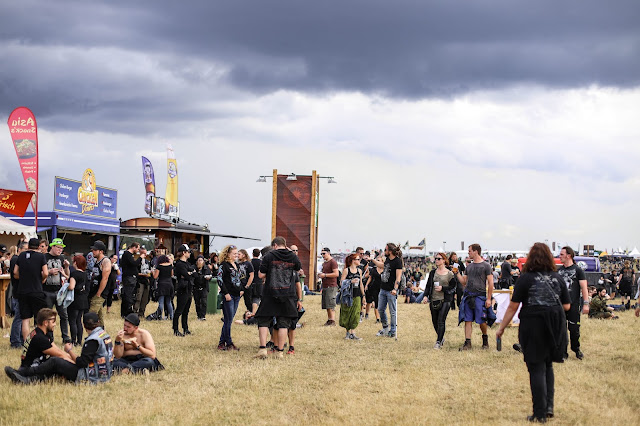 At Summer Breeze you are allowed to camp next to your car, which makes it a great option for owners of camper van, caravans or motorhomes. It also makes it incredibly easy to take your trash, and cans with a deposit, with you, as you can just throw it in your car. This is also makes a big difference in terms of people being more careful, as there are cars around and nobody wants to damage one. On Sunday morning the whole field looked like nothing happened, there was basically no trash or any other signs of the fact that 40`000 people had been camping there for four days! They also hand out trash bags at the entrance and encourage you to fill them up, leave them filled at your camping spot and they will collect it on Sunday. There are also volunteers of non profit organisations walking around the campground from time to time and ask for deposit can donations, so you can either bring them to the festivals supermarket and get your deposit back or let the NGOs take it. The showers & toilets are also operated with a water saving system as they only got one pipe from the small village close by but that helps reducing the water used. Thats also the reason why they charge a small fee if you wanna shower or use the water toilet, and in there experience it leads to less people using the water shower or at least not as often as if they were free and they were able to reduce the water usage by nearly 50%! 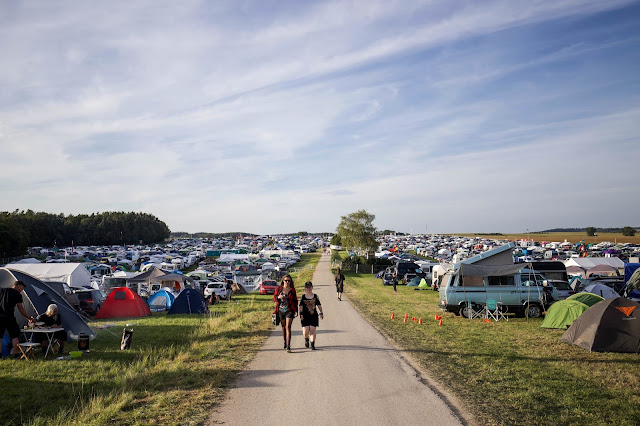 There was a huge diversity of food stalls on the festival site itself, nearly every stall had something vegetarian and there were quite a few well marked vegan ones. Most of them were inspired by the Middle Eastern or asian cuisine, but that's nothing bad and it actually tasted great. There was a burger stall on the campground and they had a extremely tasty veggie burger, the breakfast bakery also had a few options and it was very well declared by each stall either writing the word vegan or using the European sign. Maybe it would help if all stalls would use the same signs but they did a really great job taking care of everyones needs with also loads of gluten or dairy free options. 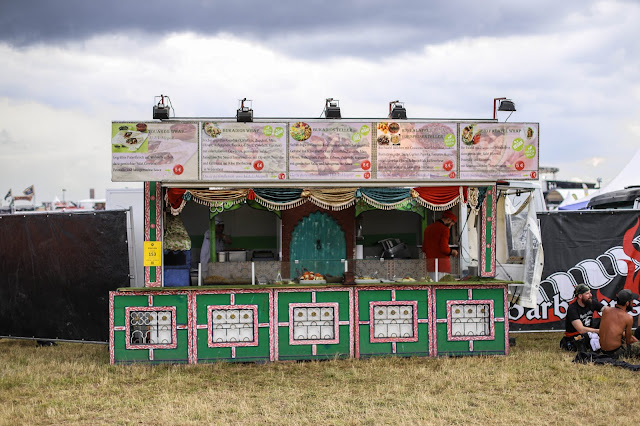 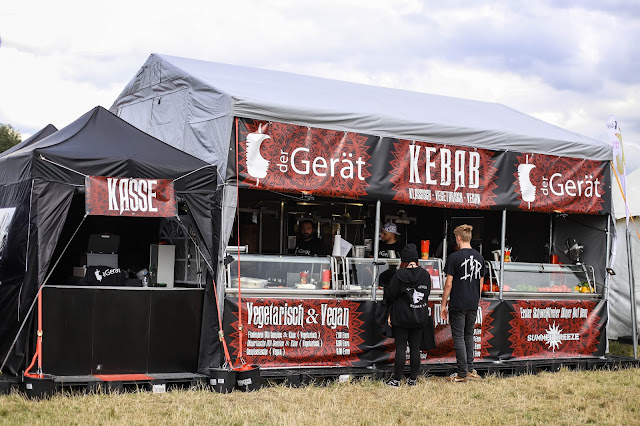 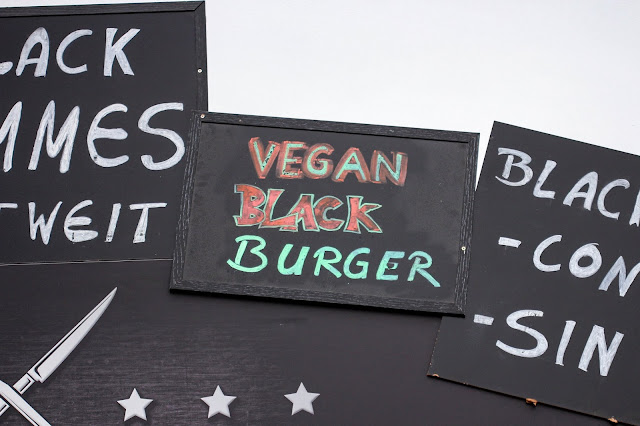 This year for the first time hey had a big recycling station for nearly everything in the middle of the campground. As far as I`ve seen the plastic was compostable and nobody reacted weird when I went and ordered food with no extra plate or napkin. As actually everywhere these days, they use a deposit cup system and as its a metal festival, they sell plastic drinking horns you can take home with you or use throughout the festival. 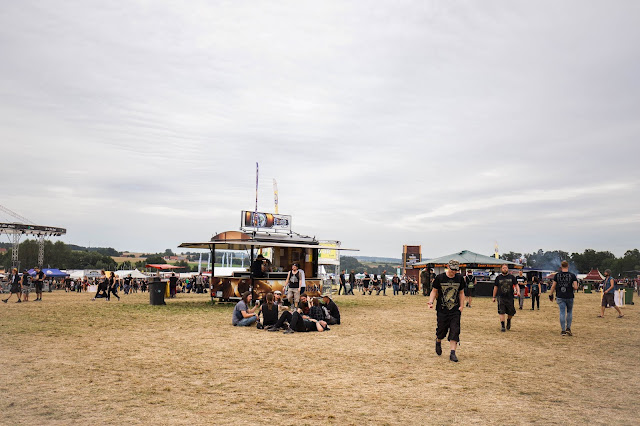 There weren't that many NGOs on site, but the ones they had were placed on the right side of the main entrance and you had to either camp there, be a VIP or know where to look for them if you wanted to find them. An organisation I love and that was present too was Metalhead against bullying, a norwegian organisation that encourages to act against bullying in a scene that is known for people who are a bit different, who dress different than the majority and live a lifestyle, listen to music that may makes them vulnerable for bullies. There also was a vegan clothing stall I wanted to mention, as the scene is known for leather clothes which makes it really cool that there was a stall that only sold vegan clothes, it definitely shows the progression of not only the festival itself but the whole scene. 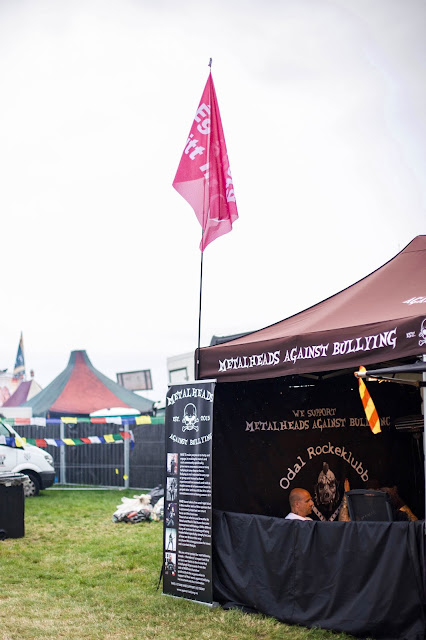 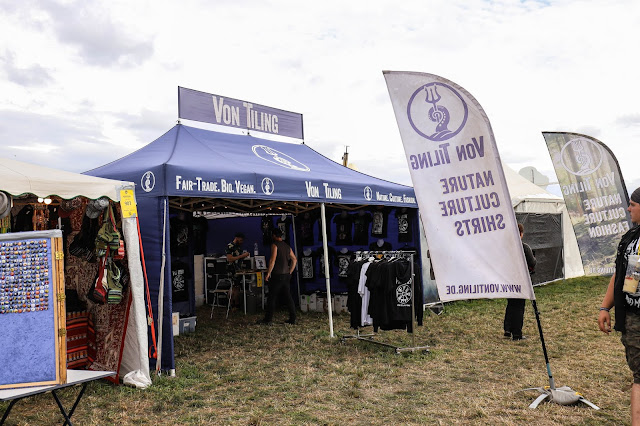 If you got anymore questions or want to know about something I may forgot, please leave me a comment or write me an email and I'm happy to answer!

Hope you enjoyed this years How to go green on a festival series, we hopefully return even bigger and better next year. What festivals would you like to read about next year?