While it was so silent here, I`ve also been travelling again. Since our last big trip in july to Portugal we only went to Paris for a long weekend, it was definately necessary to go on a longer journey again. So whats better than the first time africa, something warm and not that far away? Right, Morroco! If you follow me for a while, you know that roadtripping really is my favorite way to explore a country and so thats what we chose to do here too.

We landed in Marrakech for our first stop. I highly recommend you to not rent a car to go into the city, especially into the Medina. If you`re going to stay in the new part, your probably ok but just take advantage of your Riads offer to get you a driver or to take one at the airport. Definately book yourself a Riad, its the traditional and most beautiful way to spend your nights in Morroco! These are little hidden gems behind normal looking doors in dusty streets, originally built for whole Familys to live here. We strolled through the souks, to the big plaza and ate our first Tajine. Its not that hard to find your way back, we never had any Problems and if you get lost, just make sure to safe your Riads location on Google or Apple Maps so you can navigate yourself in the right direction. At sunset we got back to the Jamma al Fna, the big square. It looks completly different than by day, all the locals get out of the mosque for dinner with friends and its getting incredibly hectic. We went in once, and it was enough. We were prepared for what would happen but it was still A LOT, all the guys holding our arms and trying to get us into their stall in a  more aggressive way than they do it anyway. Definately do the experience if you get the chance, but be prepared for what is going to happen. Cause we only had one night here, we deciced to head to the Bahia Palace before our departure back at the Airport, were our rental car was waiting for us. If you choose to rent a car, Morroco is safe to drive and really easy, but dont do it if you dont feel safe driving in a country with " african driving rules". Also, if you rent a car, make sure to take a credit card with a PIN code, our rental  company couldn`t handle one without a PIN so we had to pay the deposit in cash. 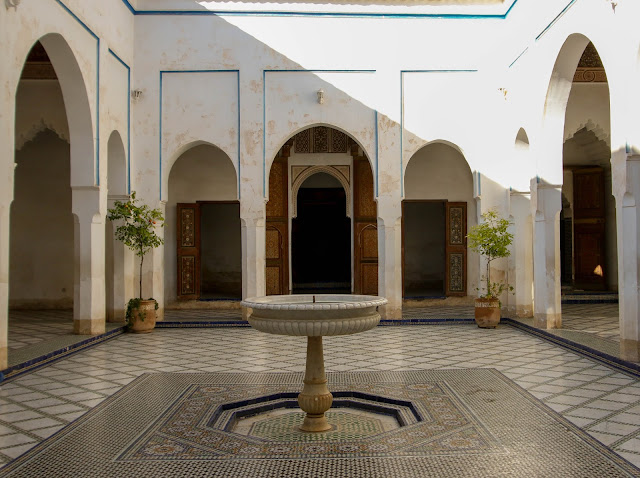 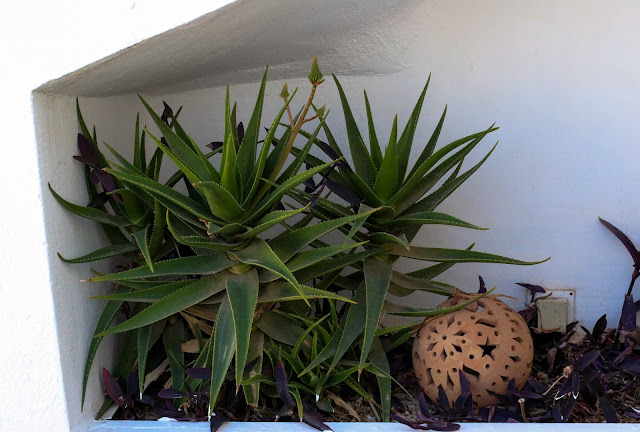 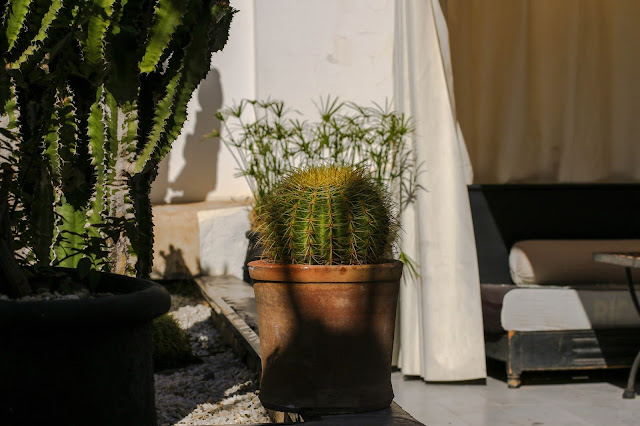 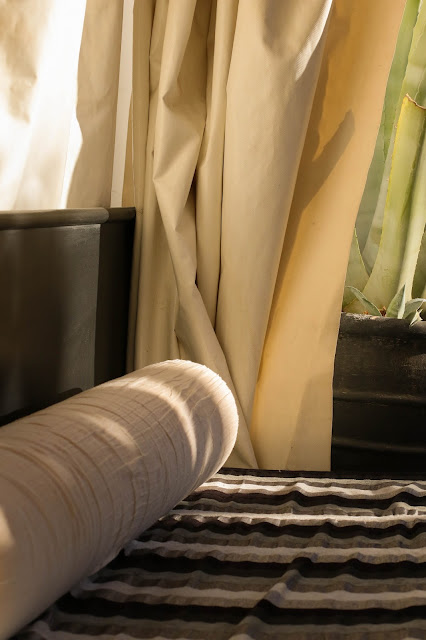 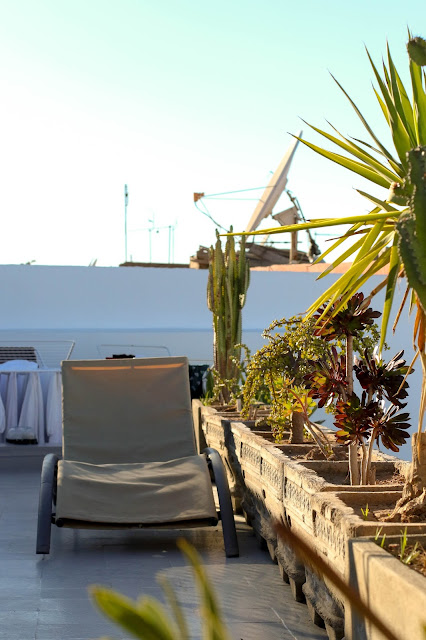 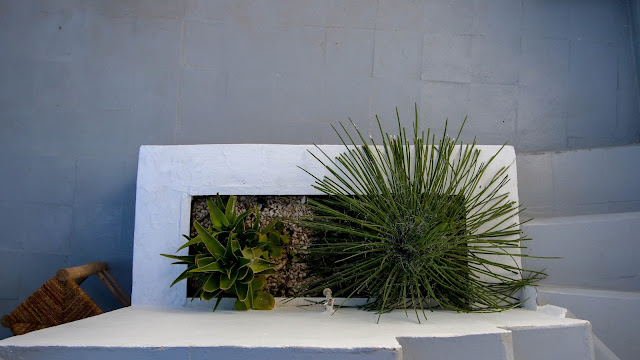 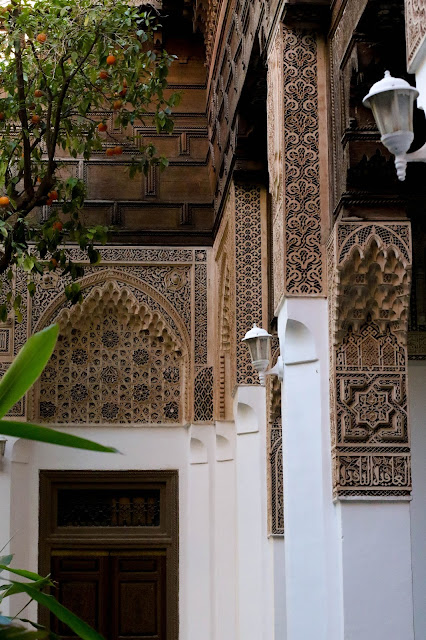 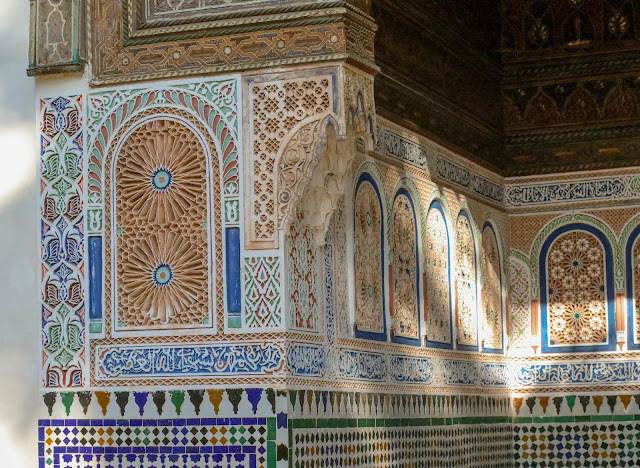 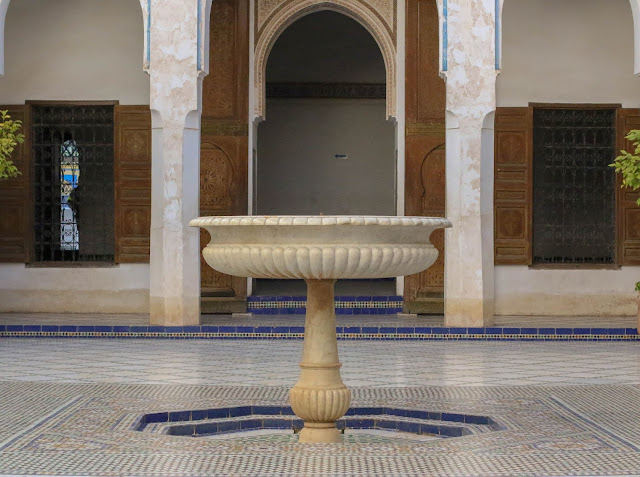 After leaving Marrakech behind, the true beauty of this country laid before us. We drove up to Ouzoud, were we stayed at the Sonnenhügel a beautiful place built up by a german couple who bought the hill years ago, with bungalows, animals and a great organisation for young adults who struggle with their life to learn how to sort it out. The small village is quite authentic, it has some traditional morrocan restaurants and stalls were you can sit outside all year around with a view over the valley. The gorgeous sunset with the firey red sky should have warned us, when we woke up it was raining like crazy and the owner had to drive our car down the gravel road because he was scared we would be stucked. In the first place we went to Ouzoud for the famous waterfalls, but cause it was so rainy we couldn`t do that so we decided to head directly to Aid Ben Haddou over the Atlas mountains. 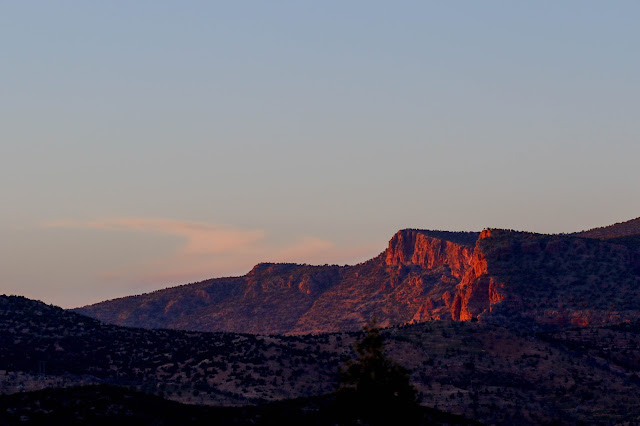 Every trip has one day or a moment it all seems to go wrong. This was our day. After the rainy day, the first mountain pass was closed due to heavy snow, so we drove all the way back down near Marrakech to enter the Atlas via another route. Luckily this one was open and we enjoyed this amazing view during our nearly five hour drive. At the top the conditions weren`t exactly great, the gravel road was covered in snow, it was slippery and the big lorrys loaded with cows on top of the actual truck had a heard time on the small road. I assume soon after we passed they closed this mountain pass too cause it seemed just to dangerous, its still Morroco so you can imagine how the conditions were up there.
When we finally reached the other side, I had to break a bit and another driver behind me, who drove the same route so must have been as exhausted as we were, hit us in the back of our car. He didn`t kept the distance, was tired so couldn`t react fast enough, when he hit us. His car looked way worse, our back trunk was broken so we weren`t able to close it anymore but his whole front was damaged. Our rental company happily solved it for us by speaking to the guy, his english was practically non existent, his french was a bad as mine and the only language he was able to speak fluently was arabic which definately isn`t my strength. After an unwanted excursion into the wilderness with our damaged cars caused by stupid Apple Maps, we finally found someone with a pen to fill out the accident report paper. Michael had to drive a bit and he was so scared cause we borrowed the pen from some police men, he doesn`t have a driver lisence and secured our trunk with his belt. But its Morocco, so the police men didn`t car about our little accident at all, somehow me and the other guy, who seemed to be in shock still, managed to fill out the report after all and we continued our joruney to our place for the night. It was freezing cold, the cheap tavern didn`t had any heating but offered us tons of blankets were we tried not to move at all during the night. It must have been way under 0 degree celcius that night, we went through many cold night so far but this one was another level. 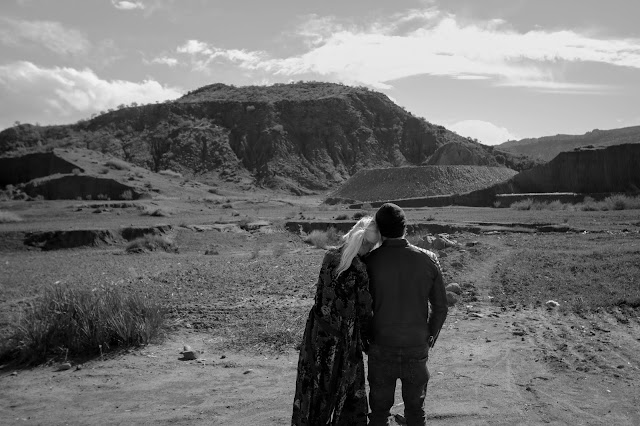 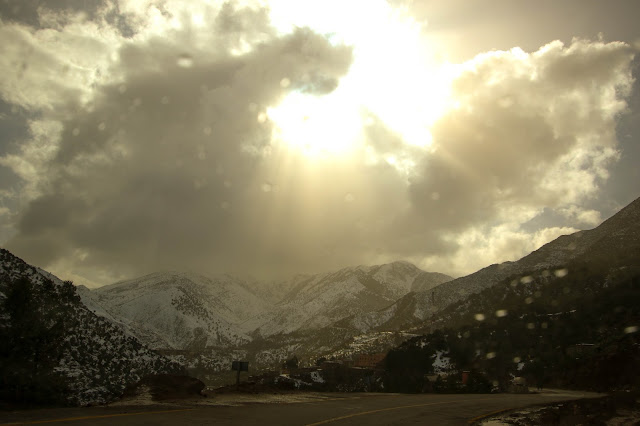 Happily the next day was way better, we started it with exploring the ancient city of Aid Ben Haddou, which had suffered a bit by the snow the day bevore but was breathtakingly beautiful. Our car was still damaged, so our rental company sent us to a mechanical in Ouzazarte. It was a really rural place and we enjoyed watching them working on our car cause it was all done by hand, a bit of hammering there, some kick here and we were good to go again. We thought about visiting the film studios, but because of yesterdays event we just wanted to leave the area and enter warmer territory. So we drove the road to Taroudannt, I never would have had this place in my mind by myself but a travel group told me we should visit this place and hell, it was the best decision. On our way there we stopped at a little village in the middle of nowhere were an old man started speaking with us and told us about his visit to switzerland, he seemed to just love the company, not that many tourist drive through this area.The town of Taroudannt represents all the good sides of this country, a bit chaotic, but not too hectic, smells of all kind, colorful and down to earth. For my birthday I booked another Riad, the most beautiful place we stayed during our whole trip. Even if the manager seemed a bit too interested in Michael, he was so fascinated by his tattoos and that we were into metal music, he told us he would be dreaming about him haha. 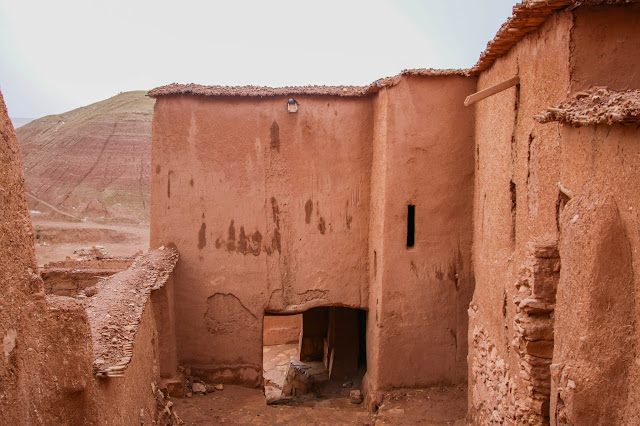 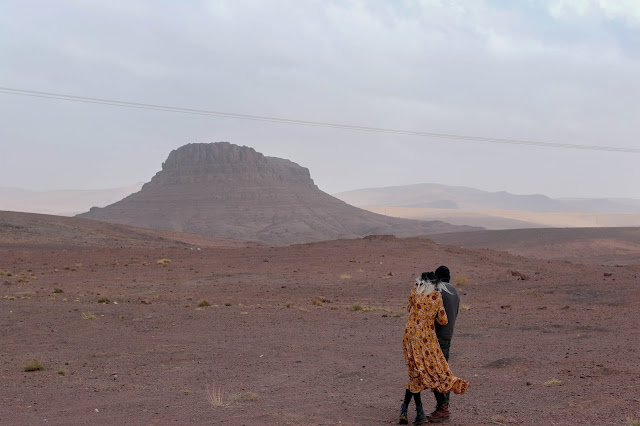 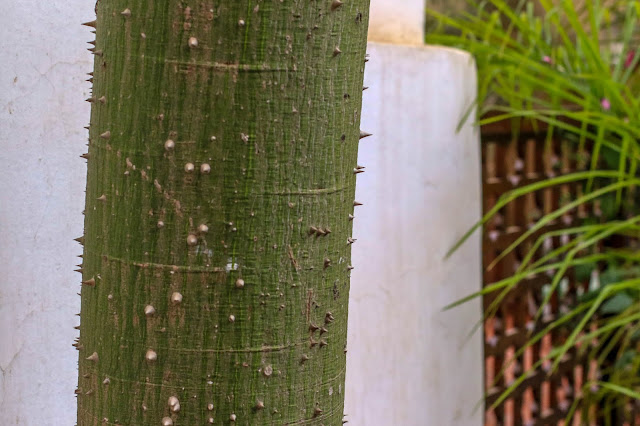 For the last part of our trip, we wanted to see the sea and maybe catch some waves. Again Apple Maps brought us on a country road, but the sights were spectacular and we even saw some wild camels! In Agadir we bought some Food, but the city itself was horrible and we were happy to leave as fast as possible. It felt like an opposite culture shock, it seemed like this place was everything Morroco isn`t. We stayed near the surfer village Taghazout, spent the rest of the day walking at the beach and just enjoying the breeze. A perfect way to end my birthday. 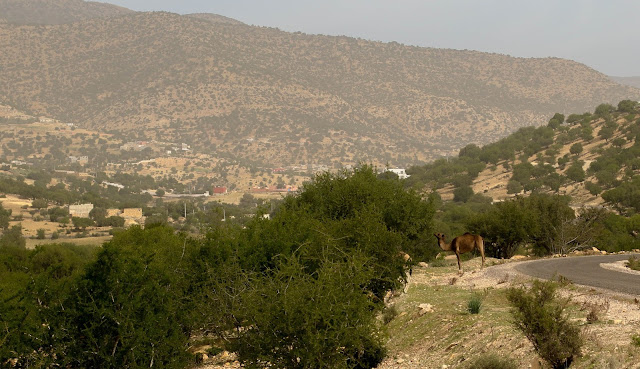 We stayed at a little AirBnB outside of Taghazout, but I would definately recommend to book early and get a place directly in Taghazout. The village itself is gorgeous, a perfect Little surfer place with small cafes, a bit hipstery and definately more western than what we experienced in the countryside but not as bad as it`s in Agadir. Happily the big tourist boom didn`t reach this place yet, at the moment there are tons of resorts being built just in front of this rural small town. Which is a tragedy, as most of you know I can`t stand these five star whatever places where rich tourists pay for not seeing anything of the country and sitting in their bungalows doing nothing. Sadly we picked a day with nearly no waves at all, which is rare in February in Morroco, but non the less it was finally warm, the sun was shining and we spent our day strolling around. I didn`t miss the western food at all, but I was craving for some cheese so badly that I secretly enjoyed the Pizza here after all the ( absolutely yummy!) Tajine and Couscous. 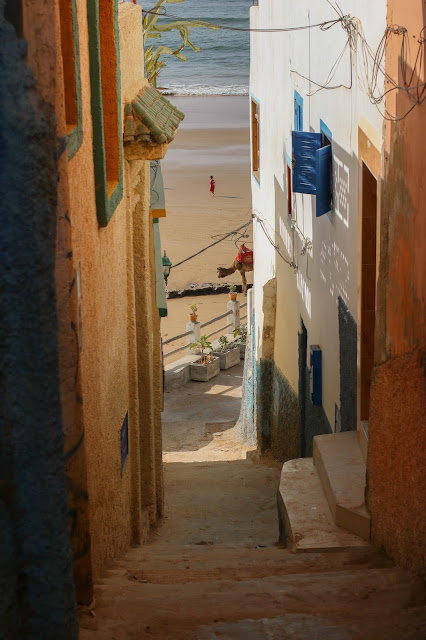 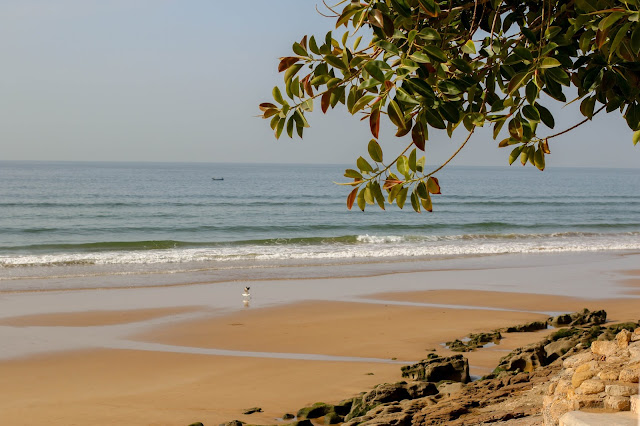 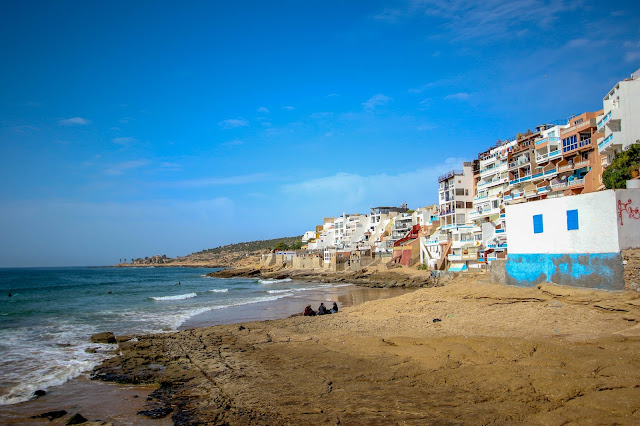 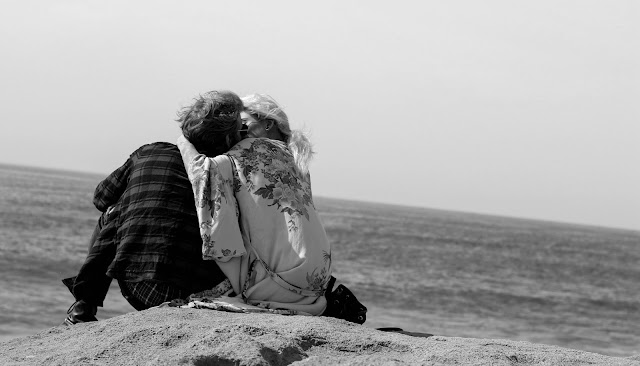 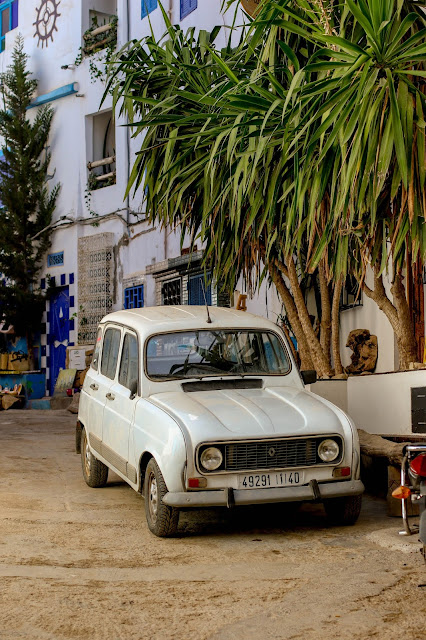 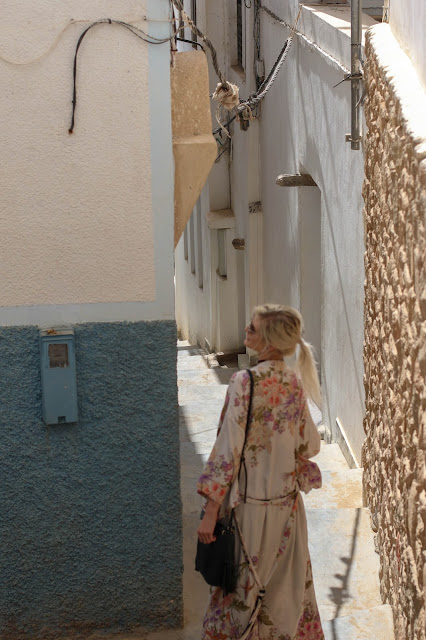 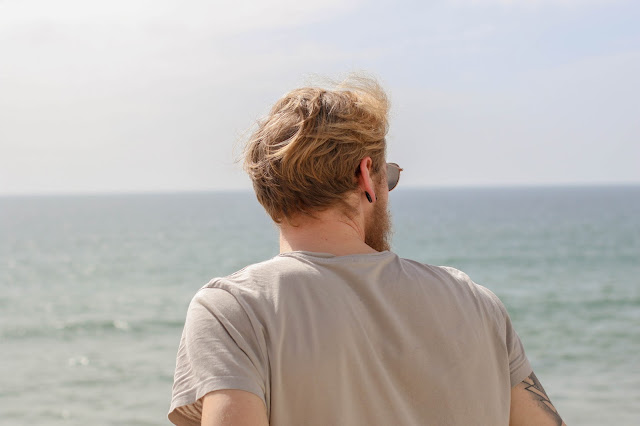 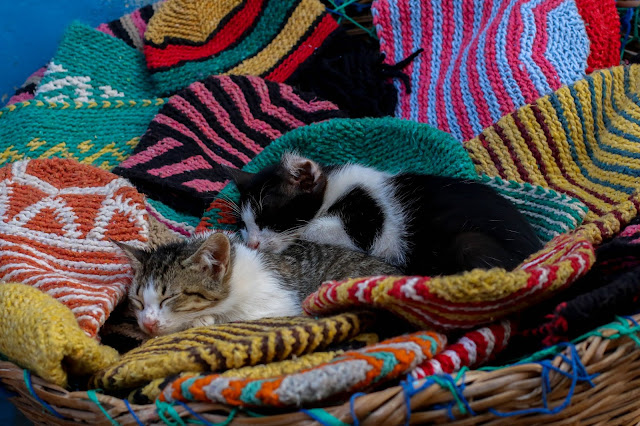 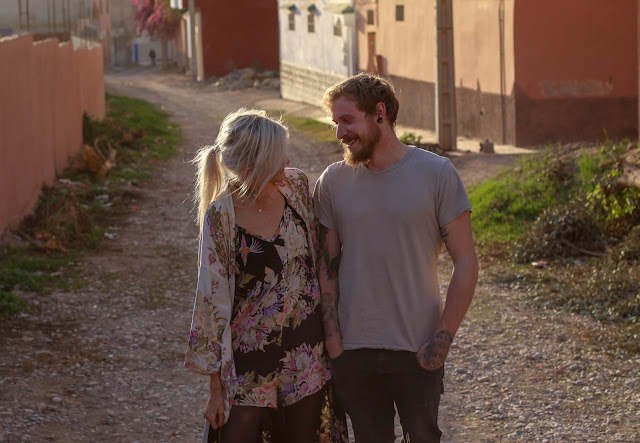 On our last day, we left early to get aback to Marrakech in time for our flight home.

Our first time Africa, but definately not the last time <3 p="">

If you got any questions feel free to ask them in the comments, hope you enjoyed this little travel diary!